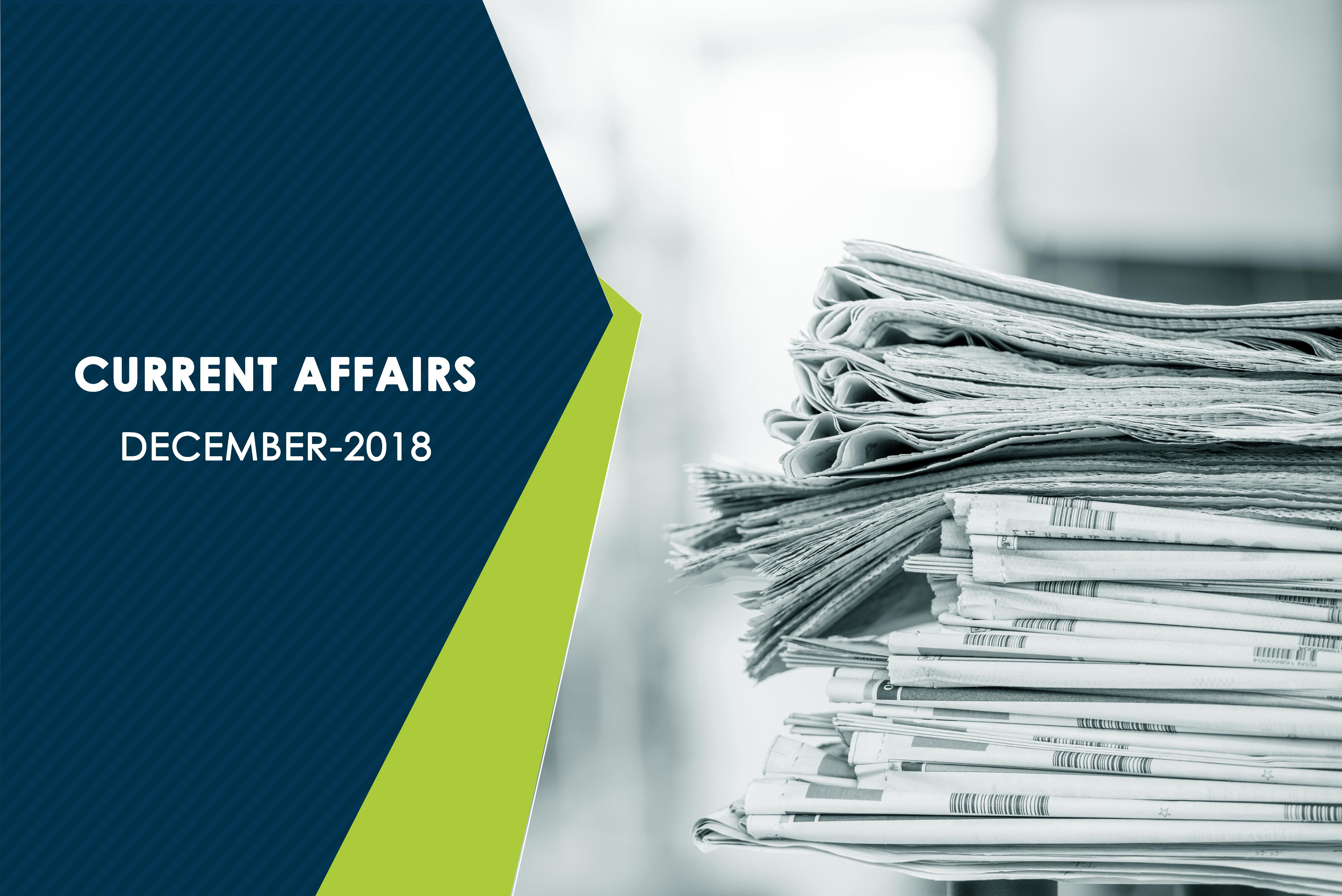 Made history on 1 December 2018 by becoming the first Indian to win the season-ending BWF World Tour Finals tournament. She gave a brilliant all-round display and beat Japanese Nozomi Okuhara by 21-19, 21-17 to clinch her first title of the year. Sindhu’s perseverance, hard work and determination led her to come out of the match with flying colours and a yellow metal!

Held at the Kalinga Stadium, Bhubaneswar, India, the 14th edition of Men’s Hockey World Cup 2018 saw Belgium winning the tournament. They defeated the Netherlands in the finals held on 16 December 2018 via a penalty shoot-out to win their maiden  World Cup.The host country, India, was eliminated in the quarterfinal round of the 19-day tournament after losing to the Netherlands.

Umpires Claire Polosak and Eloise Sheridan became the first all-female  umpiring team to officiate a competitive cricket match in Australia during the Women’s Big Bash League (WBBL) held in December 2018. This is, however, not the first time that Polosak has created history. She had also made a mark for herself by being the first woman officiating in the final of the recent ICC Women’s World T20 history.

Lewis Hamilton, the British Mercedes driver, beat Ferrari’s Sebastian Vettel at the Yas Marina circuit to win the Abu Dhabi Grand Prix. This victory is Lewis Hamilton’s 11th win of the season and 73rd of his career. In addition, Hamilton has become the first driver to score more than 400 points in a season.

Researchers from the Universities of Zurich and Cambridge have discovered a new planet outside our solar system in the constellation Cassiopeia. This planet, named HD219134 b, has a mass almost five times that of Earth and therefore, is called ‘Super Earth’. However, unlike our Earth, this planet most likely does not have a massive core of iron, but one which is rich in calcium, aluminium, magnesium and silicon. The planet shimmers in red and blue hues like rubies and sapphires.

Billionaire Elon Musk-owned SpaceX successfully launched and deployed a GPS III space vehicle into orbit on 23 December 2018. This powerful next generation navigation satellite is the company’s first-ever US government-sanctioned national security space mission. The satellite would provide data which can be used by devices ranging from smartphones to automobiles, and in commercial aircrafts and by virtually all sectors of the transportation industry.

China launched its first satellite as part of the Hongyun Project on 22 December 2018,. This low-Earth-orbit satellite took off from the Jiuquan Satellite Launch Centre, situated in northwest China, and is primarily aimed at providing broadband internet services worldwide.

The awards, which were first presented in 1968, are intended to “honour and commend people and organisations which have made an outstanding contribution to the promotion and protection of the human rights embodied in the Universal Declaration of Human Rights and in other United Nations human rights instruments.

Angela Ponce, representing Spain in Miss Universe 2018, created history by becoming the first transgender women to compete in this event. This indicates a sharp change in the perception towards transgenders in society as the Miss Universe pageant held in 2012 disqualified a transgender Canadian woman Jenna Talackova from competing because she was not “naturally born” a woman.

In a fight between 94 contestants, Philippines’ Catriona Gray took home the Miss Universe 2018 crown. The 67th edition of the pageant was held in Thai capital Bangkok The Miss World 2018 title was been bagged by Miss Mexico Vanessa Ponce De Leon in the coastal city of Sanya, China. The 26-year-old made history by becoming the first Mexican to win the title.

During the busy pre-Christmas weekend 2018, a midnight eruption at Anak Krakatau volcano triggered a tsunami which struck Indonesia the following day. The devastating midnight disaster affected the coastlines of western Java and the southern Sumatra islands.

Krakatoa, or Krakatau is a caldera (volcanic feature formed by the collapse of a volcano into itself, making it a large, special form of volcanic crater) situated in the Sunda Strait between the islands of Java and Sumatra in the Indonesian province of Lampung.

The national capital of India recorded the coldest day in the past 12 years on 23 December 2018 with the minimum temperature dropping to 3.7 degree Celsius. The mercury drop, in turn, caused the air quality to turn “severe” as the Air Quality Index (AQI) recorded that day was 471.

One of the most prominent contemporary Indian writers, Amitav Ghosh, has been honoured with the 54th Jnanpith Award for the year 2018 announced on 14 December. The 62-year-old English writer, born in Kolkata is known for his books, “The Circle of Reason”, “The Shadow Lines”, “The Calcutta Chromosome”, “The Glass Palace”, “The Hungry Tide”, “Sea of Poppies”, “River of Smoke”, “Flood of Fire”, and many more.Starting from 1965, the Jnanpith award is being presented by the non-profit organisation, Bharatiya Jnanpith, every year, to Indian authors for their “outstanding contribution towards literature”.

The Sahitya Akademi in December announced the 2018 winners in 24 languages. The winners include Anees Saleem in English, Rama Kant Shukla in Sanskrit, Rajesh Kumar Vyas in Rajasthani, Rahman Abbas in Urdu, Lok Nath Upadhyay in Nepali, Chitra Mughal in Hindi and S. Ramakrishnan in Tamil, besides others. The winners will be awarded a casket containing an engraved copper-plaque, a shawl and a cheque of ₹1 lakh at a special function on 29 January 2019 at Kamani Auditorium, Delhi. The Sahitya Akademi award is among the most prestigious literary honours bestowed on writers for their works across genres and languages.

Justin Cartwright, the South-African born writer breathed his last on 3 December 2018 at the age of 75. His son Serge informed that he was suffering from pneumonia; he had also been found to have dementia. His books were largely about people struggling to find their place in the world. Some of his popular literary works include “Freedom for the Wolves”, “In Every Face I Meet”, “Half in Love”, “The Promise of Happiness”, “The Song Before it is Sung”, “To Heaven by Water Bloomsbury”, “Up Against the Night”, etc. 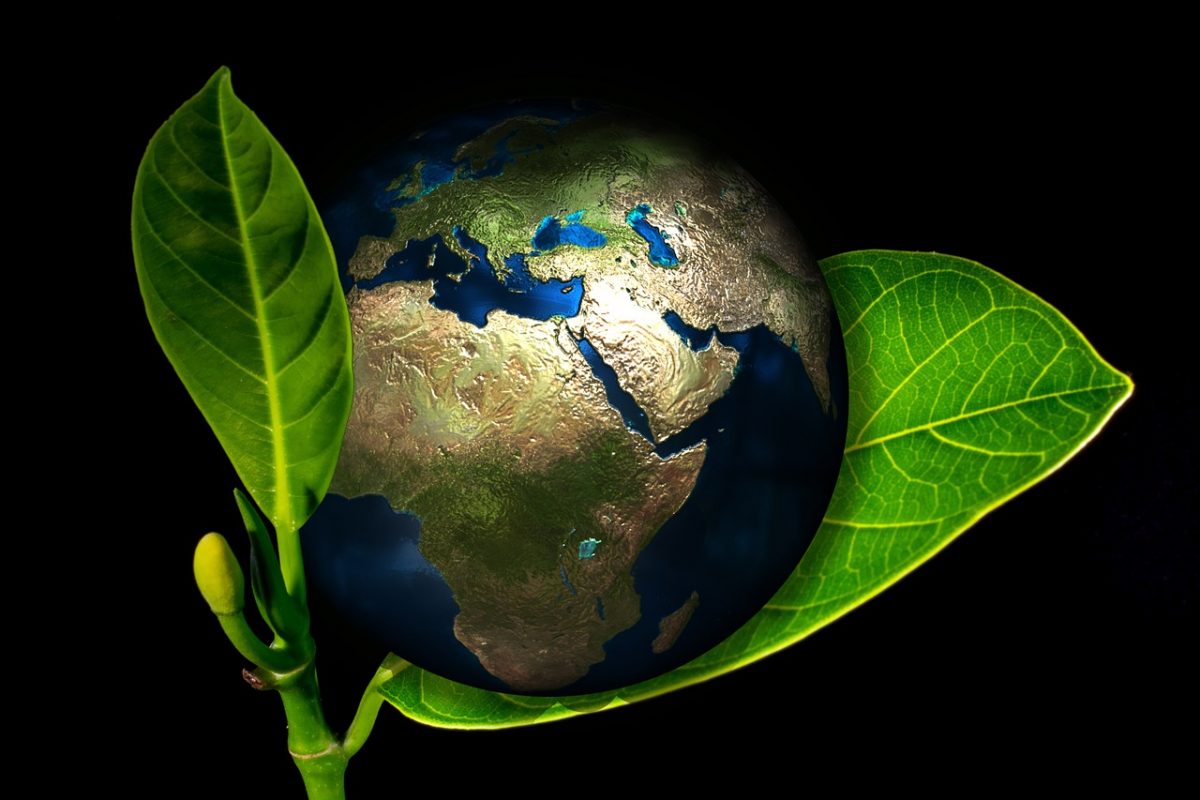 Environment : Current Affairs – December 2018
Next Education January 19, 2019
Introducing Board Exam Booster, a compact solution for a thorough board exam preparation of your students with the help of chapter-wise assessments. Know more!