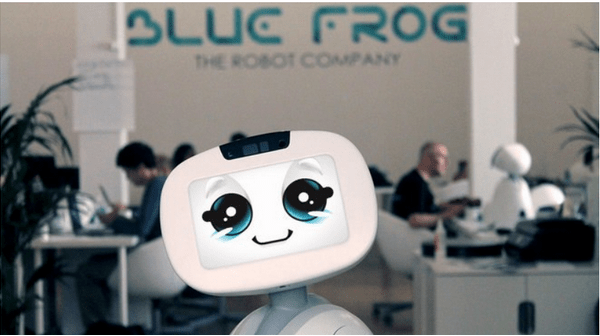 Robots come in all shapes and forms, assisting humans to make their lives easier. To make them more comfortable for a home audience, now robot engineers are now also making robots to look twee, endearing and even display human-like emotions. Let’s take a look at the most adorable ones

Buddy
A part-pet, part-personal assistant, part-playmate for you and your little ones, Buddy is the world’s first emotional companion robot. With a touchscreen display, capable of broadcasting video calls and playing games on, that also doubles up as Buddy’s face, the robot can make its expressions change based on it’s  “mood.”

PARO
Recognised as the most therapeutic robot in 2002 by Guinness World Records, PARO is a robotic seal built to help reduce stress and boost the mood of people in hospitals and extended care facilities. It can respond to touch and a change of environment and will adjust its behaviour to suit. This includes “playing” with their patient, mimicking the noises of a harp seal and moving its body and head in a lifelike way to cheer a patient up.

SOMNOX
Somnox’s Sleep Robot has been designed to be more cuddly. Thanks to its curved shape, the sleep bot can be spooned while you sleep, as it will simulate breathing rhythms to help you regulate and slow down your own breathing to make it easier to relax and sleep. It can also play a variety of sounds, including a guided meditation or heartbeat and, if you wake in the night, motion detection sensors will switch the Sleep Robot’s features back on to help you drift back off

WOOBO
Woobo is a furry robot being firmly marketed at children and comes with features such as a touchscreen display in the centre of a rounded, fluffy body and below a pair of soft ears. The screen showcases a range of Woobo’s facial expressions but can also run apps and games designed to teach your child how to read, write and solve math problems. WOOBO also comes with an onboard voice assistant to answer your child’s questions and can also be used to set reminders for your kids, from telling them when to brush their teeth to when to go to bed or send them messages.

New MIT Robot that can Grow Like a Plant
Devika S November 28, 2019