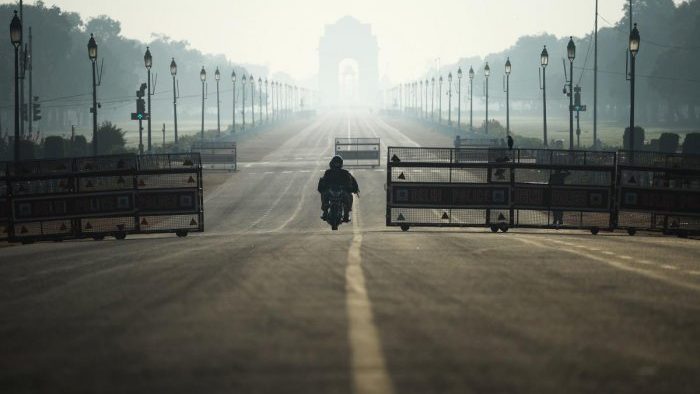 In a rare event, the 22nd of March saw the entire nation come together to fight against the global pandemic Covid-19.  On this day Janta curfew was observed across the country. It was a call for the citizens to fight the battle against the virus through social responsibility and self-restraint.

The curfew was announced by Prime Minister Narendra Modi’s 30-minute address to the nation on the 19th of March. It marks the beginning of a long battle to free the nation from the virus that already stole more than 14000 lives worldwide.

What is Janta curfew?

PM Modiji described the ‘Janta curfew’ as a curfew of the people, for the people and imposed by the people themselves. It is a litmus test to see how effectively the countrymen are capable of practising social distancing.  It is a test to see how prepared India is to fight Covid-19.

The curfew began at 7 am on Sunday morning and ended at 9 pm. Many states extended the end of the month due to its effectiveness in curbing movement and spread of the virus. The busy streets of the country which never stop or sleep emptied out for the first time in anyone’s memory.  Only the most essential services and frontline staff such as police, medics and media worked that day.

The passenger trains in India stopped running from midnight till 10 pm on Sunday, in a show of support for the curfew. The suburban train services in Mumbai, Delhi, Kolkata, Chennai and Secunderabad also functioned minimally. Domestic airline services also showed allegiance to the curfew.  GoAir suspended all their flights for the day while Indigo and Vistara reduced their services.

Nearly 15 lakh traders in the national capital downed their shutters on Sunday. Some markets, both retail and wholesale, extended this curfew for three days as a voluntary measure in a bid to contain the community spread of the virus.

Glimpses from across the country on Sunday.

In addition to the curfew, people were also asked to clap their hands at 5 pm on Sunday by the Prime Minister. This move was to show a token of appreciation to the frontline staff who are tirelessly fighting the virus. People from all sections of the society took part actively in the event, thanking the medics and other frontline workers.

What is the benefit of a Janta curfew?

Covid-19 has no vaccine or treatment at the moment. So, the only key to breaking the chain and stopping the spread of the virus is social distancing. The virus is transmitted through respiratory fluids such as the liquid when you cough or sneeze. In such a scenario, staying at home is the best method available to fight the battle against the virus. This method saw much success in China, the first country to be affected by the virus. The country is on the road to recovery after a complete lockdown that lasted more than a month.

What is Social Distancing? Read here to find out more!

The Prime Minister on Sunday declared that Janta curfew is only the beginning of a long battle. As of now, the central government has suggested a complete lockdown of the 80 states that have been reported cases of Covid-19. In the aftermath of the curfew, many states including Telangana and Andhra Pradesh have decided to go into lockdown as well. In addition to this, all passenger trains in the country have stopped running until the 31st of March.

All the people with a travel history from any foreign nation are currently being scanned at the airport and put in quarantine to prevent the spread of the virus. In addition to this, non-essential travels between the states is also being discouraged.

What People Need to Do?

Currently, India is in Stage II of virus spread. The reported cases are all either people with a travel history to affected regions or their close relatives. Stage III is a community spread.  Then we will no longer be able to trace the spread of the virus back to its source. This will make it very difficult for the authorities to keep the situation under control. The measures such as Janta Curfew and the imposition of section 144 in many cities are being taken to prevent such a situation.

Countries such as Italy which are renowned for their topnotch medical system are finding it difficult to contain the virus due to the rapid community spread. Indian medical system ranks 112 amidst the world. You can imagine how catastrophic the situation will be in the country if we were to enter into the community spread of the virus.

Schools have been closed, Board exams postponed, religious and social gatherings banned. Most private sector companies have given work from home to their employees. Even most government facilities are instructed to work at 50 per cent. This alone should make one understand how serious the situation is.

It is important that each of us do our part. And it is simple enough as well. Stay At Home!

Remember that you have a duty to not just yourself but also to your community. So try to keep healthy, and stay indoors. If you display any symptoms of the virus, contact the helpline numbers and seek medical assistance. While you may be young and able to survive the virus, there are many whom you might spread it to who will not be able to make it. So take responsibility, stay inside!

Here is what you can do to keep yourself busy while social distancing!