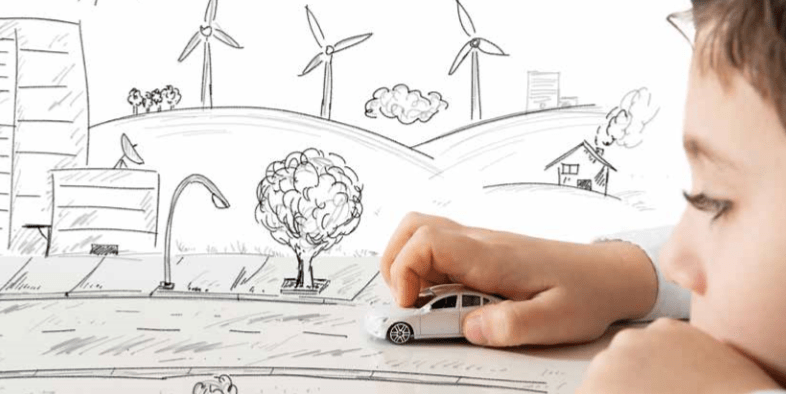 The goal of education is not to increase the amount of knowledge but to create the possibilities for a child to invent and discover, to create men who are capable of doing new things. – Jean Piaget

As we grow up, we gain knowledge from a variety of sources. Our experiences and surroundings shape us and make us who we are. This assimilation of information happens through the process of cognitive development, which involves a multitude of factors, both inherent and learned. Cognitive development is the construction of a mental process. It includes processing information, intelligence, reasoning, language and memory, which leads to problem-solving, and decision making.

It was earlier believed that infants lack the ability to think or form complex ideas and cognition is nearly absent in them until they learn a language. However, recent studies indicate that babies are aware of their surroundings from the time they are born and are interested in exploring them.

According to Jean Piaget, thinking is the central aspect of development in children and they are naturally inquisitive. He believed that cognitive abilities develop through specific stages. As we progress from one stage to another, there is a distinct shift in the way we think, comprehend and learn. Early years are the years of not just physical development but also of mental growth. During early childhood, children observe and interact more with their surroundings. This leads to a tremendous leap in the way they think, process, store and use information. All of these account for cognitive development. Hence, early childhood years are crucial for cognitive development.

We all know that children grow and develop rapidly in the first five years across the five areas of development. Each domain has certain developmental milestones. Though quantifying cognitive change is tricky, we can expect children to reach the cognitive milestones according to their age. For example, infants shake their head to say ‘no’ at around 6–9 months and respond to verbal requests to do things such as wave goodbye or blow a kiss at around 9–12 months. Between the ages of 3 and 5 years, children begin to understand that others have thoughts, feelings and beliefs that are different from their own.

This cognitive ability or skill development involves the processing of information. To notice, to manipulate, to store, and to retrieve information are the stages involved in this process. Thus, when a child is introduced to something (notice), they apply (manipulate), remember (store), and recall it (retrieve) when required.

In order to nurture cognitive development and ensure that information processing takes place in the right way, any concept taught in a preschool has to go through the following steps:

When children are introduced to concepts/objects, they recognise and implement them in their activities and recall the concept. To promote cognitive development in children, it is important that we actively interact with them.

Cognitive development is related to learning and thinking and not just remembering facts. Cognitive skills to be focused on during the early years include:

Several times, children perform poorly as they cannot recall things. They don’t have effective strategies for organising things in their minds and recalling them when required. Repetition and reinforcement of concepts with the help of activities help children in retention and organisation of the same.

Important cognitive changes occur in children between 3 and 5 years, and that is the age when children start school. So, it becomes the responsibility of schools and facilitators to understand the milestones and nurture the cognitive skills of children in every possible way.

Young children view the world in a unique way and acquire logical thinking through their experiences and interactions with their surroundings. Providing them with ample opportunities for engagement, exploration and discovery enhances their thinking and reasoning skills, which therefore, can be done best by early years facilitators and learning centres.

Foundation for Early Childhood: Cognitive Development
Sonal Ravi Andrews February 20, 2020
Introducing Board Exam Booster, a compact solution for a thorough board exam preparation of your students with the help of chapter-wise assessments. Know more!