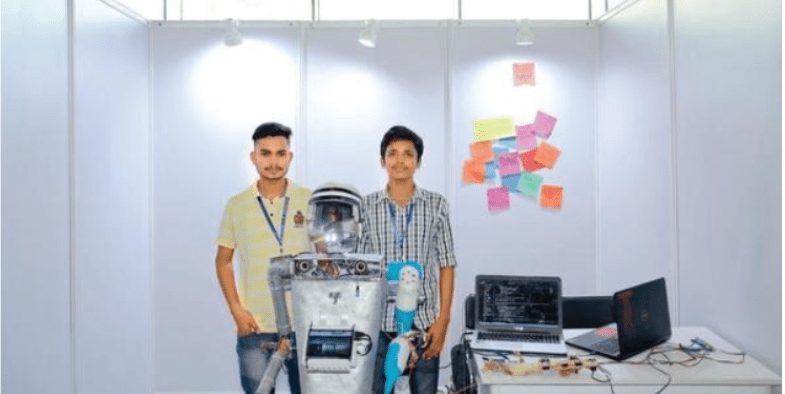 The fifth International Robotics League and World Robotics Championship – Technoxian – was organised by the All India Council for Robotics and Automation (AICRA) in New Delhi earlier this week. The event saw the display of a large number of prototypes made by Indian students, including a firefighter robot. Over 28,000 students in the age group of 13–30 years from various schools and colleges across the globe attended the event.

Most of the prototypes displayed at the event were built using components that students had collected from their school labs, workshops and online stores.

Students from Thapar Polytechnic in Patiala have built a service robot that is capable of moving, talking, recognising faces and has limbs with mechanical fingers to lift objects.

Meanwhile, students of Yadavindra Public School in Patiala have come up with an innovative fire-fighting robot that is capable of controlling and even completely extinguishing the fire in case of a breakout in the house during the owner’s absence. The robot uses small cannons of water or decomposing compounds to control the fire. ‘Once the sensors send a signal to the robot, it reaches the exact location immediately. We have thought of using GPS (global positioning system) to send the robot the location,’ says Poorva Puri, a team member of the school’s robotics class.

Several competitions, such as Robo Soccer, Robo Race and Fastest Line,  were also organised at the event for the teams to use their prototypes to compete with each other.

The organiser, AICRA, is also planning to launch incubators and set up labs in schools and colleges to identify and help students commercialise these prototypes.