Importance of Music and Movement in Early Childhood Education 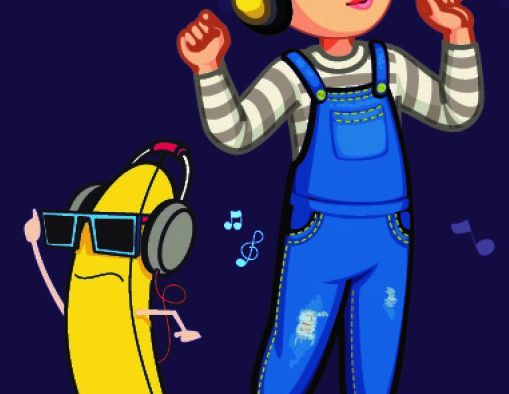 Upon arriving at her preschool, Sara began to cry. She clung to her mother and expressed her unwillingness to attend the school. But when she entered her classroom, she heard the music of her favourite rhyme and began to bounce up and down.  She said joyously ‘This is my favourite rhyme! Ee-aa-ee-aa-ohhhhh!’ Myra also joined in with her cute moves. Soon, everyone in the classroom joined the girls and danced away to the music and rhythm of “Old Mcdonald”, including their teachers.

Young children love a blend of music, movement, rhythm and dance. Children take pleasure in doing physical activities which, in turn, are vital to staying healthy. This combination also allows them to enjoy and express themselves. The integration of music with movement promotes social, mental and physical development of children. Such activities stimulate development in every area of the brain. The multi-sensory stimulation causes the brain to grow connections across the sections, thus resulting in faster thinking. Moreover, the incorporation of music and movement into early childhood education helps young children with social interaction and language growth.

‘Music is the movement of sound to reach the soul for the education of its virtue.’ – Plato

Music is an important part of our culture. We find music in many aspects of our lives, be it celebrations, worships, television, theatre, movies or religious gatherings. From birth, parents instinctively use music to soothe young children and to foster an appreciation for music in them.

Music ignites all aspects of a child’s development, including intellectual, social, emotional, language and literal. Introducing music in young children’s life develops their concentration, memory and listening skills. Singing develops a child’s vocabulary and if dance is incorporated into it, the child is able to recall the words through the movements. Thus, it also helps them learn speech patterns easily. Music stimulates new neural pathways and connections in the brain that speed up the learning process.

Move your body to grow your brain!

In today’s technology-rich era, children’s lives are much more sedentary than those of their parents or grandparents. There can be several factors contributing to the same, such as a decrease in safe outdoor play spaces, consumption of junk food, restriction of physical movement due to technology, and packed adult schedules. Nowadays, children hardly find time for outdoor play and spend most of their time playing indoors on computers or watching television. Because of leading a sedentary lifestyle,  children are at risk of suffering from numerous mental and physical diseases.

Because of such reasons, movement and physical activities along with music need to be an essential component of learning in the early years of a child’s life. Since children learn by doing, it is crucial to find ways for children to engage themselves in physical activities on a daily basis. A curriculum which integrates music, movement and academics not only aids children’s learning but also promotes physical fitness and healthy living. Thus, music and movement are fundamental aspects of children’s play.

Just like math, science, reading or writing, music and movement play an important role in a child’s development. Music allows children to form a strong relationship between the body and the brain.

Movement stimulates brain development in young children. It encourages the formation of neural connections across the two hemispheres. Movement also plays an important role in language development as early communication is entirely physical, and depends largely upon gestures and expressions. Music helps in speeding up the entire process substantially.

Movement-based instruction also provides them with opportunities to learn about themselves, their immediate environment and people around them. Children at an early age are very receptive.  to new ideas and experiences. Hence, they embrace opportunities for creativity and movement, especially physical activities, without constraints.

Early childhood educators can create an environment that encourages children’s imagination and fantasy through activities that involve music and movement. Such an environment refers to a setting where children can play, explore freely and be safe. In such an environment, teachers implement play activities that encourage young children to jump, tiptoe, march, throw,  kick balls, pedal, and engage in many other types of movement. These movement skills, which are learned and performed during early childhood years, build the foundation of almost all physical activities to come later in their lives.

Academic Consultant, Next Education Ishtpreet Kaur is an enthusiastic educationalist who aims to facilitate holistic learning. She has done a B.Ed and a diploma in Montessori education and is currently studying child psychology.

Previous Article
No Punishment: Redefining Discipline in Classrooms
Next Article
The PUBG Fiasco: Is Banning Online Games the Solution?