Women in Science: From Obscurity to Prominence 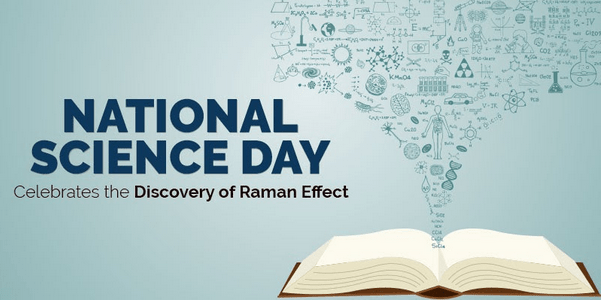 Every year National Science Day is celebrated in India on 28th February to mark Dr CV Raman’s discovery of the scattering of light, also known as the ‘Raman effect’. For this discovery, he was awarded the Nobel Prize in Physics in 1930.

The main objective of this celebration is to stress the importance of science in everyday life – through debates, lectures, live projects, public speeches, research demonstrations, science exhibitions and science movies, and to encourage young minds to pursue science as a career. Various events are organised on this day to commemorate the activities, efforts and achievements of scientists, both living and dead, for human welfare. Discussions are also held on the latest developments in science and technology and how they can revolutionise the way we think about the world.

The theme for this year’s National Science Day is ‘Women in Science’.

How many female scientists can you name?
This question was part of BBC Future’s unique initiative to celebrate the achievements of women in science and technology on Ada Lovelace Day. Lovelace is considered by many to be a pioneer in computing more than a century ago.

At the Solvay Conference on Physics in 1927, the only woman in attendance was Marie Curie. She was a Polish-born French physicist who gained recognition for her work on radioactivity. Marie Curie was the only woman to win the Nobel Prize twice, one for Physics in 1903 and one for Chemistry in 1911. Surprisingly, in its long history of award-giving, the Nobel committee has often ignored the contributions of female scientists. This is evident by its latest bestowal of the award on Donna Strickland, the Canadian physicist, in 2018, preceded by Maria Goeppert Mayer, the German-born US physicist who won the same award in 1963, almost after a gap of 60 years.

So, how can we understand this state of obscurity experienced by many female scientists today and in the past?

Traditional stereotypes that women ‘don’t like math’ and ‘aren’t good at science’ have long influenced the history of science. The history of science, as we learn, has always been defined by the innovations and accomplishments of men. Men make discoveries, which spur further innovation by them, followed by acclaim and prizes for them. On the other hand, the contributions of female scientists, whether big or small, mostly went unsung in the collaborative enterprise of science. Some of the less celebrated contributions of women such as Jean Purdy (known for in vitro fertilisation), Rosalind Franklin (known for the structure of DNA), Lise Meitner (known for nuclear fission) and Alice Ball (known for treatment of leprosy) merit attention.

The other lesser-known aspect of this dark history is that the work of most of these women scientists either appeared as footnotes in research papers or published in the name of their husbands or supervisors. Occasionally, their names appeared in the acknowledgements of their husband’s massive tomes.

Furthermore, implicit bias was and is still prevalent in most of the fields that are populated by men, which has proven to be a major barrier to women’s advancement. When we talk about implicit bias, we refer to the unconscious, involuntary, natural and unavoidable assumptions that all of us – men and women – form about the world. Hence, where women lack critical representation, they are often viewed as tokens or outsiders.

Not just India, in many other parts of the world, the social attitude towards women’s participation in scientific pursuits is more or less similar.

According to an article published in the Indian Express on 27 February 2020, ‘Indian science and gender bias, nothing scientific here’, Indian science too has an asymmetric representation of gender.

Indian universities and research institutes, no doubt, have come a long way in accepting women for tenured faculty positions, which have historically been an all-male preserve. Although the academic climate in our country has become more welcoming to women who want to pursue a career in science, it is still a rarity to hear about women who have worked their way up to make distinguished careers as female scientists.

Research indicates that about 39% of undergraduates and 37% of PhD holders in India are females, but beyond this, the picture is bleak. While a majority of school and college teachers of science and maths are females, only 10 to 12% of the faculty members in research institutes are females. This percentage declines as we look further up the hierarchy.

The reasons for this underrepresentation in the most esteemed positions are many and complex—some universal and several specific to India. Some of them are sexism at hiring, a lack of support from families and institutions, sparse mentorship and counterproductive policies. But the most concerning is a distinct lack of organised efforts or inclination by institutions to make science inclusive.

This National Science Day, let’s make a conscious effort to acknowledge the contributions of women scientists who have made great strides in their fields of research.

This 27-year-old, originally from Assam, has been selected for the fifth edition of Homeward Bound, a global initiative that conducts leadership expeditions for women in science to Antarctica.

A cell biologist at the Centre for Cellular and Molecular Biology, Hyderabad, Reddy is one of the two recipients of the Infosys Prize in 2019. Her work provides novel insights into how bacterial cells physically grow and suggests new ways to target antibiotic-resistant microbes.

A PhD in Computer Science from the University of California, Sarawagi works as a professor in IIT Bombay. She is the second woman to have received the Infosys Prize in 2019 for her pioneering work in developing information extraction techniques for unstructured data.

She is a professor at the Tata Institute of Fundamental Research (TIFR) in Mumbai. She returned to Mumbai after studying at Yale University, Sweden’s Karolinska Institutet and Oxford University and joined TIFR, where she set up her own lab when she was just 29. Her main area of research is neuroscience. Presently, she and her team are trying to understand how the neural circuits in an adult brain respond to experiences and changes in the environment.

She is currently the executive director at Translational Health Science and Technology Institute. As a clinician-researcher in public health, she has done pioneering work in developing the first indigenous vaccines against rotavirus, the leading cause of diarrhoea in children under five years.

She is a senior scientist at the Tata Institute for Genetics and Society. For close to a decade now, she has been carrying out research on the spread of malaria in birds. She has been doing fieldwork across several places in the Himalayas where she monitors bird migration, temperature gradient and what parasite birds are carrying.

She is currently working as an associate professor at the Indian Institute of Science Education and Research. She researches paleoecology, or ecology of the past, by studying fossil records of molluscs from Kutch in Gujarat, which was an ocean floor millions of years ago and where fossil records are well preserved.

She is an Indian neuroscientist, professor and principal investigator at the Tata Institute of Fundamental Research. Her research involves investigating the development and evolution of the mammalian brain. She has been the recipient of the Infosys Science Foundation Award for Life Sciences in 2014 and the Shanti Swarup Bhatnagar Award, India’s highest scientific honour awarded by the Council of Scientific and Industrial Research, Government of India, in 2010.

A senior scientist at the Indian Space and Research Organisation, she was instrumental in leading one of India’s most ambitious space missions – Chandrayaan 2. Earlier, she was the deputy project director for data systems of various satellites such as Oceansat-2.

These women and the work they are doing are undoubtedly newsworthy. However, they don’t serve as a panacea to the structural barriers and implicit biases that exist in many universities and research institutes to date. Women in Science are still few. The barriers and biases against them need to be eradicated at all levels – individual, structural and societal – so that more and more women study science from a young age and explore the opportunities offered by its various branches.

Manalisa Sarmah is a copywriter at Next Education Pvt. Ltd. She has completed her MPhil in Sociology from the University of Hyderabad. She has worked on different educational projects with Hope Foundation and Adhyayan respectively. Her interest areas include reading, creative writing, and travelling.

Unpack The Wonders Of Flashcards
Manalisa Sarmah March 4, 2020
Introducing TeachNext Hybrid, the classroom of the future! Create a seamless teaching-learning environment in any situation. Click to know more.
X