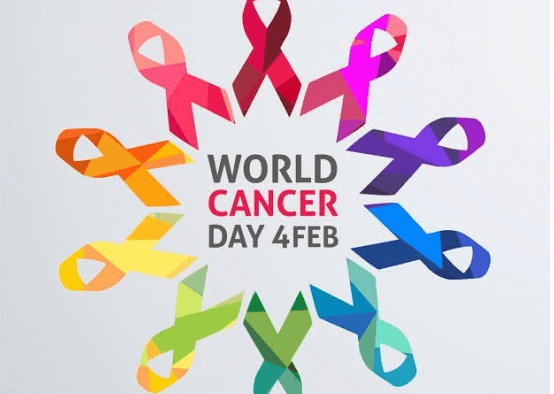 If you are a regular moviegoer, the anti-tobacco ads that you see before every movie are probably etched in your mind by now. You can have mixed feelings about their depressing visuals and moral lessons, but they nonetheless reveal more than you think. In fact, the television and radio commercials for banning cigarettes have been the outcome of long-drawn battles between the tobacco companies and public health advocates in India. They found alarming statistics on the negative effects of cigarette smoking and committed themselves to protecting the consumers. They also demanded that cigarette advertising be accompanied by adequate warnings for viewers’ discretion. Perhaps, you can reconsider the statistics of cancer-related deaths on World Cancer Day.

Cancer is a group of diseases involving abnormal cell growth anywhere in the body. Cells can become cancerous due to the accumulation of defects or mutations in the DNA. They have the potential to spread to other parts of the body, causing abnormal cell growths called tumors. These tumors can cause several health problems depending on where they form in the body. Some of these abnormal cells can also migrate through the bloodstream or the lymphatic system. This process is called ‘metastasis’. Cancerous cells that have metastasised are deemed more advanced than those that have not.  They are unlikely to be cured and more fatal by nature.

According to a news report published by India Today on 12 November 2018, cancer burden in India has more than doubled over the last 26 years. As per the Indian Council of Medical Research (ICMR) data, India had 14 lakh cancer patients in 2016 and this number is expected to increase in the coming years.

The government has listed out four major cancers prevalent among the Indian population—breast cancer, cervical cancer, oral cancer, and lung cancer, which together constitute 41 percent of the cancer burden.

Oral cancer is among the top three cancers in India, number one among all cancers in men and number three among female cancers. On the other hand, breast cancer is currently the most common cancer among Indian women, both in terms of incidence as well as mortality.

Certain substances that cause cancer are called carcinogens. A carcinogen may be a chemical substance such as certain molecules in tobacco smoke. Research reports suggest that the causes of cancer can be attributed to environmental, viral or genetic factors.

The risk factors for developing cancer can broadly be divided into the following groups.

Doctors divide cancer into four main types based on where it begins in the body. These are as follows:

There are different types of treatment for cancer. Depending on the type of cancer and how advanced it is, doctors can suggest a single or a combination of the following treatments.

According to a news report published in the Economic Times, the following hospitals have well-known oncology departments.

Run by Shadi Ganz, a breast cancer survivor, philanthropist, artist, and a cognitive psychotherapist, Mammomobile is India’s first custom-built screening bus. It began its operations in 2016 and since then has been screening women throughout Tamil Nadu for breast, cervical and oral cancers.

A cervical examination in most cases can diagnose malignant cancer cells, which can be removed in the Screening Bus under a local anaesthetic via LEEP (loop electrosurgical excision procedure) technique.

Until now, the bus has screened more than 20,000 women in 92 villages across Tamil Nadu and around 500 mammograms have been performed free of cost.

1. A section for mammography examination

2. A control room, where the results of the mammography are collected

3. A section where women are examined for cervical cancer

Attachment of Stigma to Cancer

Cancer carries a stigma owing to its association with death. It manifests in several different ways, which makes cancer patients invisible, stifles public discussion on it and perpetuates a cycle of fear and misleading information about its origins. Because it is less well understood, people come up with different interpretations as to the origins of cancer. Some attribute its causes to witchcraft or divine intervention, while others attribute it to having a negative mindset. What’s more, people even blame cancer patients for bringing the disease on themselves. Moreover, the families of cancer patients find themselves cornered due to the fear of cancer being a hereditary disease.

Not surprisingly, such negative attitudes and beliefs can make cancer a deeply tabooed subject for many patients. Especially when it comes to breast and lung cancers, patients can experience a deep-seated hesitation in talking about them in public. And, when this happens, a lot of myths and misconceptions crop up, reinforcing people’s fears.

Every year, we celebrate the significance of World Cancer Day, but how many of us realise that there has been a hidden, dark history behind honouring the battles of cancer patients?

On 4th February, World Cancer Day is celebrated worldwide to raise awareness about the different forms of cancer. It celebrates the initiatives undertaken for detection, prevention and treatment of cancer. It is led by the Union for International Cancer Control (UICC) to support the goals of the World Cancer Declaration, set in 2008. The primary goal of World Cancer Day is to reduce the incidence of cancer-related deaths and illnesses globally and to inspire the international community to take action for a cancer-free future. The day is observed by the United Nations.

Ever since its inception in 2013 as a National Youth Service Corps (NYSC) community development project, Project Pink Blue has successfully carried out breast and cervical cancer awareness and screenings for 165 women in Kabusa community, a suburb of Abuja. In 2014, the organization included prostate cancer in their list of priorities.

Project Pink Blue chose the occasion of World Cancer Day to launch the Abuja Breast Cancer Support Group – the city’s first patient support group. This achievement, seen as a milestone, was commemorated with a medal-giving ceremony for breast cancer survivors. It was attended by leaders from the cancer control community as well as His Royal Majesty Dr Kabiru Musa, the Emir of Azara.

PAHO/WHO is presently working with its member countries in the Americas to strengthen policies for cancer prevention. It is also working towards improving the quality of cancer screening programmes, cancer treatment and palliative care. Its main focus is on promoting the importance of early detection of breast and cervical cancers.

While it’s a deadly disease, cancer is not something that you can’t conquer. It’s a tough battle to be won, but not an impossible one. With timely intervention, a complete recovery is always possible.

Be Hopeful And Keep Your Spirits High!

Manalisa Sarmah is a copywriter at Next Education Pvt. Ltd. She has completed her MPhil in Sociology from the University of Hyderabad. She has worked on different educational projects with Hope Foundation and Adhyayan respectively. Her interest areas include reading, creative writing, and travelling.

Previous Article
How parents can be counsellors during their children’s exams
Next Article
Guide to effective modern parenting: Ways to be a fantastic parent

Guide to effective modern parenting: Ways to be a fantastic parent
Devika S February 5, 2020
Introducing TeachNext Hybrid, the classroom of the future! Create a seamless teaching-learning environment in any situation. Click to know more.
X