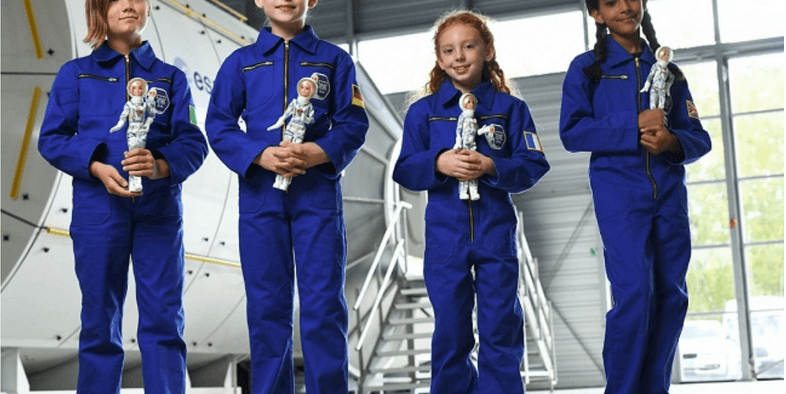 Doll-making giant Mattel, Inc. who designs Barbie dolls, have partnered with the European Space Agency (ESA) to launch their Barbie Dream Gap Project, to create dolls resembling a female astronaut. This is a step towards motivating girls to pursue careers in science, technology, engineering and mathematics (STEM).

As part of the project, it modelled a Barbie doll on astronaut Samantha Cristoforetti, ESA’s only active female astronaut. “Barbie has always shown girls that they can be anything, giving them the opportunity to interpret different roles through play and embark on a countless number of careers encouraging imagination and self-expression,” said Isabel Ferrer, Barbie’s European director of marketing.

The space sector needs diversity and inclusion of women talent to ‘imagine the future’ of space. Cristoforetti is thrilled with this partnership and said that she hopes this will make young boys and girls think beyond limits.

A research conducted by Mattel showed that out of 2000 participant parents, about 80% lacked the basic knowledge of STEM subjects. A significant percentage of them were also unaware of any female space scientists. “While boys and girls generally achieve the same scores in science and math, few girls dream of becoming scientists, engineers, or space professionals,” commented Ersilia Vaudo Scarpetta, chief diversity officer at ESA. “Social and cultural factors play an important role as the attitude of the family environment towards science and scientific professions.”

This is not the first time Mattel has decided to make an astronaut Barbie. In 1965, it released an ‘Astronaut Barbie’ wearing a silver spacesuit who, as per the company, “showed little girls they could reach for the stars”.