Coronavirus: How deadly is it? How safe is India? 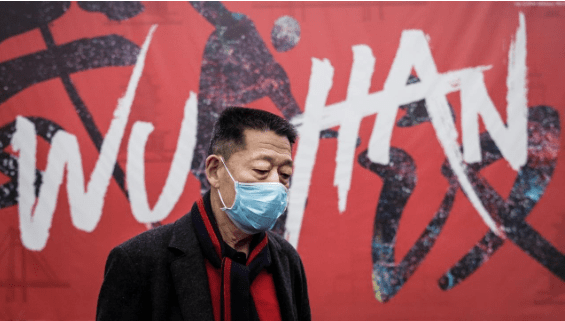 On 30th January 2020, the World Health Organisation (WHO) declared a public health emergency of international concern as a result of the novel coronavirus outbreak with its epicentre in the city of Wuhan, China. The decision comes in the light of the virus spreading across more than a dozen countries, claiming the lives of more than a thousand people and affecting more than 44,000 people, with people getting added to the list of affected every day.

A lot of misconceptions and myths associated with the virus have been circulating faster than the deadly disease, especially since it gained global attention. In such a situation, who do you believe? How do you separate facts from myth and not fall prey to fearmongers? This article will provide you with reliable facts about the virus and thereby help you protect yourself better through the preventive measures.

The disease caused by the new coronavirus, now freshly baptised COVID-19, is believed to have first emerged in early December of 2019. It belongs to a large group of viruses which can infect both species and humans, occasionally even crossing the species barrier, making it more deadly.

There has been much discussion about the source of the virus and how humans must have come in contact with it. Initial reports claimed that it spread from bats, while some others reported that snakes might be the source. More recently, pangolins, an endangered species whose scales are used in Chinese traditional medicine, is being speculated as the carrier of the virus. Scientists also suspect that the coronavirus in bats and the one in pangolins might have combined to create the new strain now affecting humans.

Whatever the original source of the virus, it is now rapidly spreading through human-to-human contact. So, how can we protect ourselves from exposure to the virus?

Is there any medicine for coronavirus?

As it is a fairly new virus, no vaccine has been developed yet to prevent coronavirus. Scientists all over the world are currently working hard to create one, but developing a vaccine that is safe and effective in human beings is time-consuming and may take even months.

Finding an effective treatment for the disease resulting from coronavirus is also proving to be a challenge. A few potential treatments have shown signs of hope like the antiviral drug remdesivir which is under clinical development for the treatment of Ebola virus disease, chloroquine that is used to prevent and treat malaria, etc. A clinical trial involving two drugs used to treat HIV is also underway in Wuhan.

Although the lack of vaccine and effective treatment makes the situation difficult, it does not mean that you are doomed if you are affected by the virus. While the death toll continues to rise steadily, most of the fatalities are limited to the epicentre and China. In fact, as of now, only two people have been reported dead outside of China, both of whom had travelled to and from Wuhan since the outbreak. While anyone can contract the virus, most of the casualties who did not make it are the elderly and people with pre-existing medical conditions such as asthma, diabetes or heart disease.

The virus typically targets the upper respiratory tract and may manifest in the form of a range of illnesses which can potentially include pneumonia. At the same time, there is also a steady rise in cases where it moved further down the body to also affect the central nervous system, causing long-term neurological damage.

The spread of the virus has led to an increase in panic levels among people across the globe. This has been aided by the half-cooked and embellished rumours circulating through social media platforms. There has also been a noticeable increase in racism towards East Asians in the wake of the incident triggered by the paranoia. Taking the needed precautions, spreading awareness,  understanding the symptoms are better ways to tackle the emergency than blind hatred towards innocents due to their race. While the situation in China does look grim at the moment, it is also important to note that around 6,200 people have recovered from the disease and left the hospital, as of 11th February. Here is a list of the few symptoms that might be indicators that a person has contracted the virus.

Currently, 24 countries have reported cases of the virus, of which 3 cases are from India. The three casualties are students who returned to India from Wuhan for the Lunar New Year break. All the three reported cases are from Kerala and the state government has already taken all the necessary precautions to avoid an outbreak. The affected students are currently in isolation wards and their condition is believed to be stable. Moreover one of the students has already made a complete recovery.

Across the country, almost 10,000 people have been kept in isolation and under observation for symptoms of the virus. The government is also diligently screening flights to prevent the spread of the disease. As another precautionary measure, the government has temporarily suspended visas, including e-visas of any Chinese travellers and other foreign nationals who travelled to China in the last two weeks. India also evacuated 647 Indians who were in Wuhan in two special Air India special flights. They have also been kept in isolation and are being observed for symptoms of the disease.

Although the outbreak began in December in Wuhan, capital of Hubei province in China, the situation became severe by January. This led to the government imposing a lockdown in the city in the hopes of preventing the spread of the disease. Most of the confirmed cases and deaths from the virus are being reported from Wuhan, with more cases being confirmed every day. The government was quick to act and even built a 1000-bed hospital in ten days to combat the disease. In addition to this, schools, exhibition centres, etc. are being converted into hospitals to house those showing the symptoms of the virus.

Currently, there is a dire shortage of masks, gloves etc. in the country with the increased demand for these products. The once-bustling city has emptied out, becoming a ghost town as the citizens have been advised to stay at home until further notice. Amidst the emergency, the citizens are also disappointed with how the officials had handled the situation in the initial days of the outbreak. Dr Li WenLiang, the whistleblower who tried to warn the people of the outbreak, died from contracting the virus, which led to much anger, grief and an outcry for freedom of speech among the common people of China.

The doctor had tried to warn his colleagues about the new virus through a post on the Chinese social media platform Weibo, but was detained by the police and made to sign a police document that said he was ‘spreading false rumours.’

Some reports have also indicated that the official death toll released by the Chinese authorities are exponentially lower than the actual figures. While the situation continues to be terrible, strict quarantining done by the country has led to a drop in the number of new cases being reported every day. Many international organisations have also stepped in to contain the situation. WHO has released detailed guidelines and precautions to prevent the spread of the virus and a number of countries including India is offering assistance to China in this war against the virus.

You can watch this video for more information about coronavirus:

Previous Article
Board exam stress management tips for students and parents
Next Article
How to create a revision timetable? Here are 8 tips to follow!

How to create a revision timetable? Here are 8 tips to follow!
Urmi Khasnobish February 14, 2020