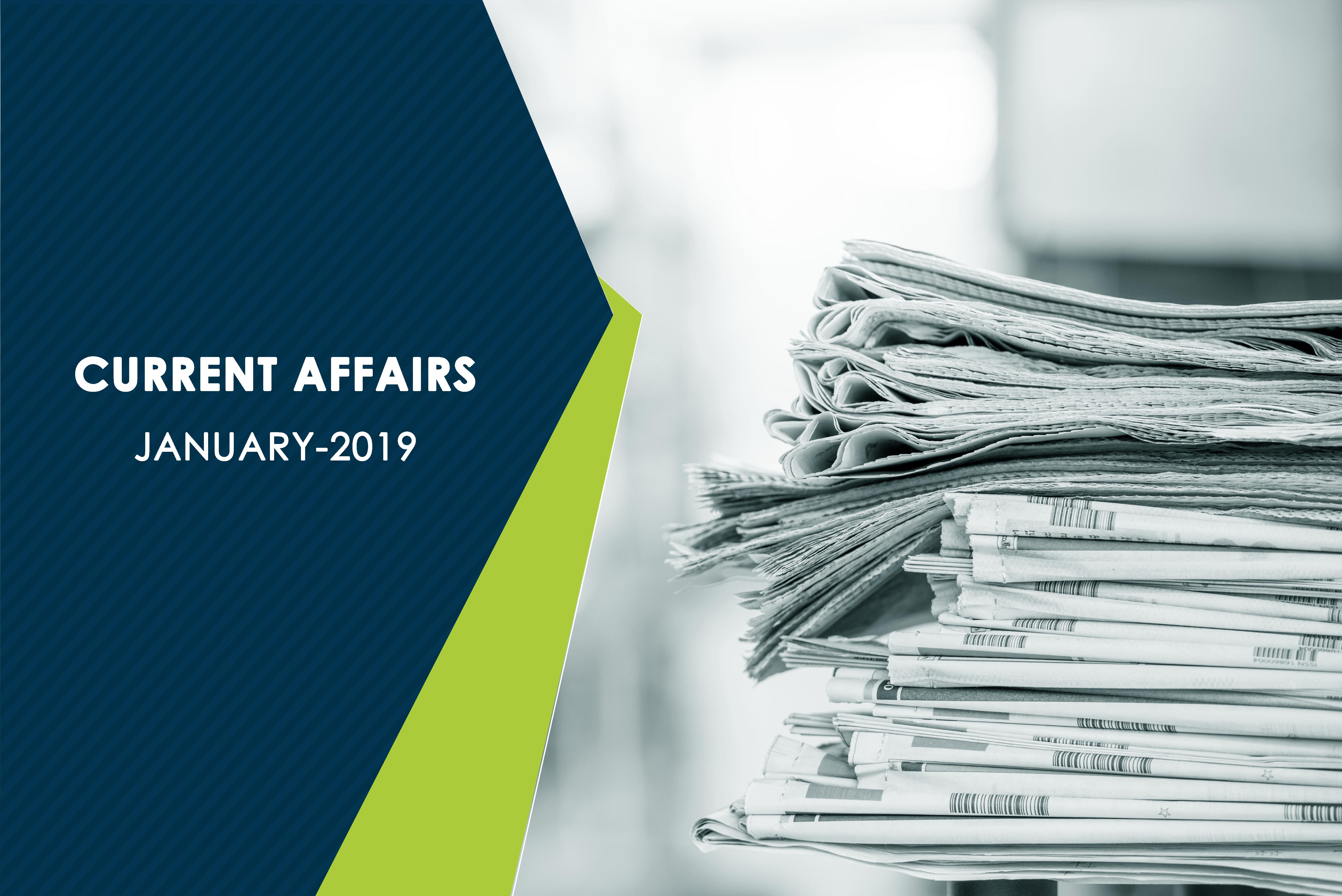 The bill aims to grant retrospective recognition to certain educational institutions conducting courses for teachers without NCTE approval and to institutions offering new courses or teacher training after the establishment of the NCTE until the academic year 2017-2018. At present, around 23 state and central universities and colleges offering B.Ed courses are not recognised by the Council.

The Ministry of Social Justice and Empowerment released a notification on 14 January 2019, which brought into force the provision of 10% reservation for economically weak in the general category. Gujarat became the first state to implement the scheme. The 10% reservation is an addition to the existing 50% reservation mandated by the Constitution for SC, ST and OBC categories.

Magnificent Mary is placed on top of the AIBA charts in the weight division with 1,700 points, followed by Okhota with 1,100 points. In November 2018, Mary scripted history by becoming the first female boxer to win six world championship gold medals.

Mary Kom remains the only Indian female boxer to have won an Olympic medal, a bronze at the 2012 London Games. Moreover, the 36-year-old is the only one with a Commonwealth Games gold. She also earned the prestigious Padma Bhushan award for distinguished service of a high order in the field of sports in 2013.

On 7 January 2019, the Indian cricket team ended their 71-year wait for a test series victory in Australia. Their 2-1 triumph was finally confirmed when the rain-affected final test ended in a draw at Sydney Cricket Ground. Not only did the weather lead to the Indian victory, but it also saved Australia from a 3-1 humiliation as no play was possible on the fourth day after tea.

In 2018, the Indian captain became the first ever player to score 2,500 and more international runs across formats for the third time in a row: 2595, 2818 and 2735 international runs in 2016, 2017 and 2018, respectively. In the same year, Kohli became the second fastest to score his 24th Test hundred in merely 184 balls. He also became the first India batsman to hit three consecutive ODI tons during the calendar year, 2018.

In addition, Kohli was named captain of ICC’s test and ODI teams of 2018.

Naomi Osaka becomes first ever Asian to rank No. 1 in World Tennis

Ranked No.72 last year, Osaka rose to World No.1 in the WTA rankings updated on 28 January 2019. This achievement made her the first-ever Asian player (male or female) to hold the world’s top spot in tennis.

Not only has she won two consecutive Grand Slams, the 21-year-old has also become the youngest woman to make her debut at No. 1 in nine years.

The 22-year-old left-handed opener, a became the second Indian woman to win an International Cricket Council (ICC) award after fast bowler Jhulan Goswami who was named ICC Women’s Player of the Year in 2007.

Noted poet, writer and translator, Teji Grover was awarded the Vani Foundation Distinguished Translator Award on 23 January 2019. This award is presented to Indian translators who have consistently and qualitatively facilitated literary and linguistic exchange between at least two Indian languages. The award carries a monetary prize of ₹ 1,00,000.

Born in Pathankot, Punjab, Grover has translated into Hindi around 15 titles including literary classics and contemporary writings, primarily from Norwegian and Swedish. Before becoming a full-time writer and painter, she taught English literature at MCM DAV College for Women at Chandigarh until 2003. Some of her popular collections of poetry are Yahan Kucch Andheri Aur Tikhi Hai Nadi, Lo Kaha Sambari, Ant Ki Kucch Aur Kavitayen, Maitri, besides other fictional books and essays.

‘Nari Shakti’ has been declared Oxford Dictionary’s Hindi Word of the Year 2018. The announcement was made on 26 January 2019 at the Jaipur Literature Festival (JLF). ‘Nari Shakti’ is derived from Sanskrit, with ‘Nari’ meaning ‘woman’ and ‘Shakti’ meaning ‘power’. It represents women taking charge of their own lives.

According to newspaper reports, the word rose to prominence last year due to two reasons: the Supreme Court’s decision to ban the controversial Islamic practice of triple-talaq, and the historical decision of the apex court to allow girls and women into the Sabarimala temple in Kerala. Thus, Oxford Dictionaries (India), along with a panel of language experts chose it as their word of the year. In 2017, ‘Aadhar’ was chosen as the Oxford Dictionaries Hindi Word of the Year.

On 29 January 2019, Sahitya Akademi announced four distinguished Indian writers, namely Sri Jayanta Mahapatra, Smt. Padma Sachdev, Dr. Vishwanath Prasad Tiwari and Prof. Nagen Saikia as Fellows. Of the winners, Mahapatra has authored classics of modern English literature, such as Indian Summer and Hunger. He was also awarded the Padma Shri in 2009, which he returned to protest against the rising intolerance in India.

The next in the list, Smt. Padma Sachdev is well-known as the first modern woman poet of the Dogri language. She won the Sahitya Akademi Award in 1971 and the Padma Shri in 2001.

Next is Dr. Vishwanath, the distinguished Hindi writer, who has more than 50 books to his credit. He was also the former President of the Sahitya Akademi and has received several awards so far, such as the Hindi Gaurav Samman, Sahitya Bhushan Samman and Bharatiya Bhasha Parishad Award.

Lastly, Prof. Saikia is an eminent Assamese writer who has authored more than 120 books. He was a member of the Rajya Sabha from 1986–1992 and the Vice Chairman of the Upper House from 1990–1992. He also won the Sahitya Akademi award previously in 1997 for his short-story collection, Andharat Nijar Mukh.

The fourth edition of the nationwide cleanliness survey of urban India, Swachh Survekshan 2019 was launched by the Union Housing and Urban Affairs Minister, Hardeep Singh Puri on 4 January 2019.

The objective of the survey is to evaluate the progress made during the past year through the Swachh Bharat Abhiyan (Clean India Mission) launched by Prime Minister Narendra Modi on 2 October 2014. The survey will be conducted on 40 crore people from over 4,000 towns and cities in a span of 28 days.

On 10 January 2019, the Union Minister of Environment, Forest and Climate Change, Dr Harsh Vardhan launched the National Clean Air Programme (NCAP). This programme is aimed at tackling the problem of increasing air pollution across the nation, especially in the 102 worst affected cities, in a comprehensive manner. The programme is intended to result in 20-30% reduction of PM2.5 and PM10 by 2024.

Jair Bolsonaro was sworn in as Brazil’s new President on 1 January 2019 in front of the Congress in Brasilia. Prior to becoming the 38th President of Brazil, the 63-year-old Jair Bolsonaro served in the Chamber of Deputies, representing the state of Rio de Janeiro, between 1991 and 2018.

During his swearing-in ceremony, Jair, a former paratrooper proclaimed to eradicate crime and corruption from the world’s fifth largest country. He has also been a parliament member for the past 27 years. Brazil, named after the brazilwood tree, comprises 26 states and one federal district. The country’s motto is ‘Ordem e Progresso’, meaning ‘order and progress’.

Sheikh Hasina was sworn in as Bangladesh’s Prime Minister for a record fourth term on 7 January 2019, thereby becoming the longest serving PM in the history of Bangladesh. She was first elected Prime Minister in 1996, then in 2008 and again in 2014. Hasina is all set to lead a cabinet of 24 ministers, 19 ministers of state and 3 state ministers.

Hasina is the daughter of the first president of Bangladesh, Sheikh Mujibur Rahman. She ranks 26th on Forbes’ list of The World’s 100 Most Powerful Women (2018 edition).

The United Nations Educational, Scientific and Cultural Organization (UNESCO) has chosen Rio de Janeiro as the first World Capital of Architecture for 2020. The decision was announced on 18 January 2019 by UNESCO’s Assistant Director-General for Culture Ernesto Ottone R, Thomas Vonier, President of the International Union of Architects (UIA), and Verena Vicentini Andreatta, Municipal Secretary of the City of Rio for Urbanism.

The World Capital of Architecture is intended to provide a global platform for debates on challenges faced from the perspectives of culture, cultural heritage, urban planning and architecture.

Scientists finally know how long a day is on Saturn

Researchers finally solved a mystery about the second-largest planet in our solar system. Based on the data shared by NASA‘s Cassini spacecraft, it was found out that the length of a day on Saturn is 10 hours, 33 minutes and 38 seconds.

The sixth planet has eluded researchers and scientists for ages because it does not have any solid surface with landmarks to track. Moreover, Saturn has an unusual magnetic field that hides its rate of rotation. However, during Cassini’s orbits around the planet, instruments examined the icy, rocky rings in detail. The accumulated data was then studied by Christopher Mankovich, a graduate student in astronomy and astrophysics at UC Santa Cruz.

On 17 January 2019, Mankovich’s research was published by The Astrophysical Journal, which revealed that Saturn’s rings respond to vibrations within the planet itself, and also informed of the length of a day on it.

On 24 January 2019, the Indian Space Research Organisation (ISRO) launched an imaging satellite, Microsat-R and a nano-satellite, Kalamsat-V2 via the Polar Satellite Launch Vehicle (PSLV-C44) into their designated orbits. The PSLV-C44 lifted off from the First Launch Pad at Satish Dhawan Space Centre SHAR, Sriharikota at 23:37 hrs (IST. This is the 46th flight of PSLV and the first t flight of PSLV-DL with stap-ons variant.

It is interesting to note that while Microsat-R is meant for the Defence Research and Development Organisation (DRDO), Kalamsat-V2 is launched to help ham radio operators. Kalamsat, named after former Indian President, Late Dr. Abdul Kalam, is made by students of a space education firm and is the world’s lightest satellite weighing only 1.26 kg (2.6lb). It is the first satellite to use the rocket’s fourth stage as an orbital platform.

2016: Akshaya Patra Foundation: For contributions in providing mid-day meals to millions of children across India

2016: Sulabh International: For contributions in improving the sanitation conditions and emancipation of manual scavengers in India

2018: Yohei Sasakawa: For contributing towards leprosy eradication in India and across the world

The Gandhi Peace Prize is given to individuals and institutions for their contributions towards social, economic and political transformation through non-violence and other Gandhian methods. It carries a prize of ₹ 1 crore (10 million) in cash, a plaque and a citation.

Bharat Ratna, instituted in 1954, is the highest civilian award of the Republic of India. It is conferred in recognition of exceptional service/performance of the highest order. The recipients of the award receive a sanad (certificate) signed by the President and a peepal-leaf–shaped medallion.

President Ram Nath Kovind conferred the Padma awards on 112 people from various disciplines on 25 January 2019. The list of winners comprises four Padma Vibhushan, 14 Padma Bhushan and 94 Padma Shri awardees, out of which, 21 awardees are women, 11 people belong to the foreigners/NRI/PIO/OCI category, three have been posthumously awarded and one person belongs to the transgender category.

The Union Finance and Railway Minister Piyush Goyal was felicitated with the fourth Carnot Prize on 30 January 2019 for his work towards sustainable energy. Goyal has contributed tremendously towards India’s transformations in the power sector, which resulted in the fast-track electrification of almost 18,000 villages. Some other commendable projects mentored by him include the world’s largest LED bulb distribution programme, the world’s largest renewable energy expansion programme, and many more.

The Carnot prize is given by the Kleinman Center, University of Pennsylvania, to citizens for their distinguished contributions to energy policy through scholarship or practice. In 2017, the prize was presented to Gina McCarthy, Former Administrator, Environmental Protection Agency.

The awardee of the Carnot prize is given a cash prize of $25,000. Piyush Goyal, donated his prize money to the International Solar Alliance. 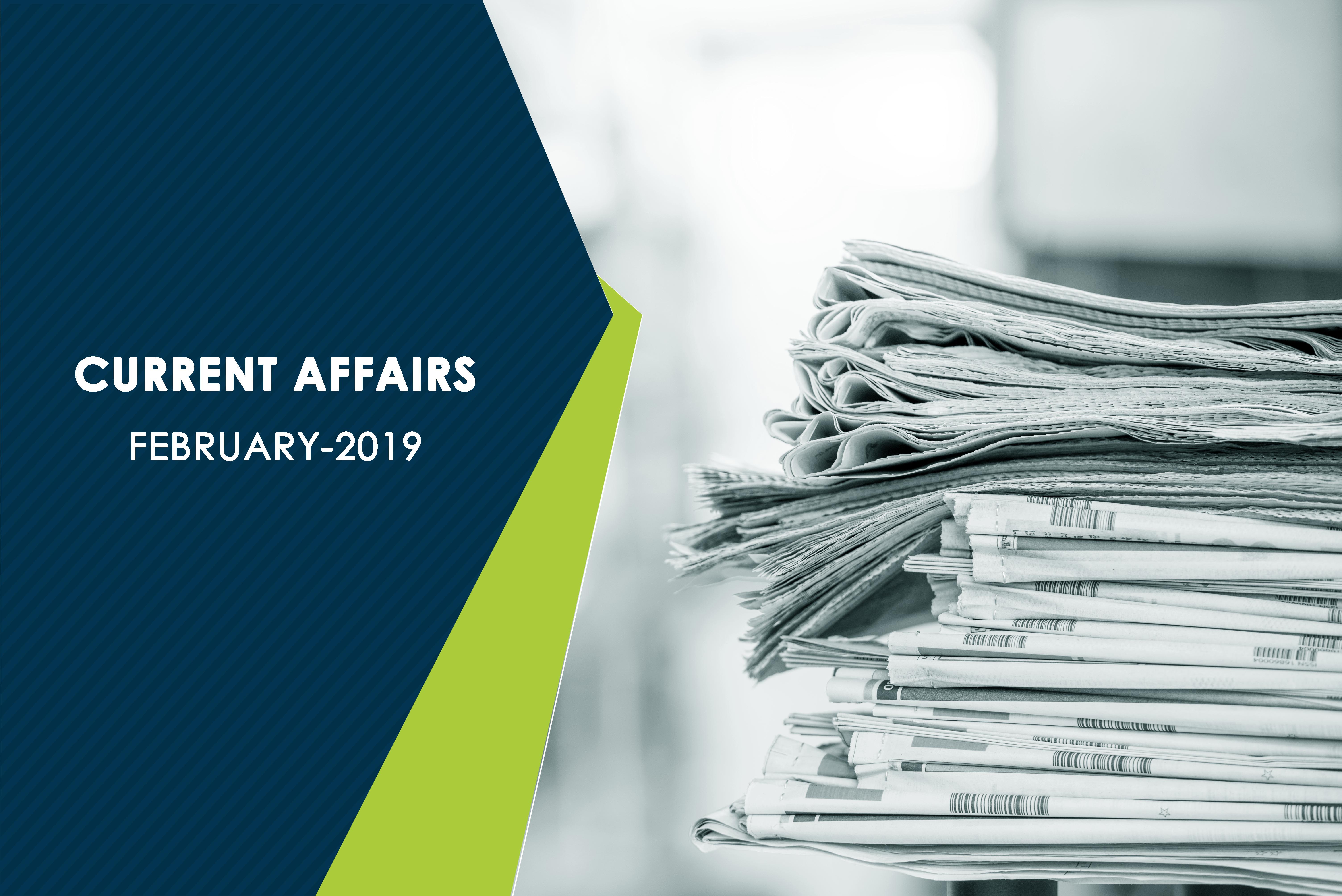