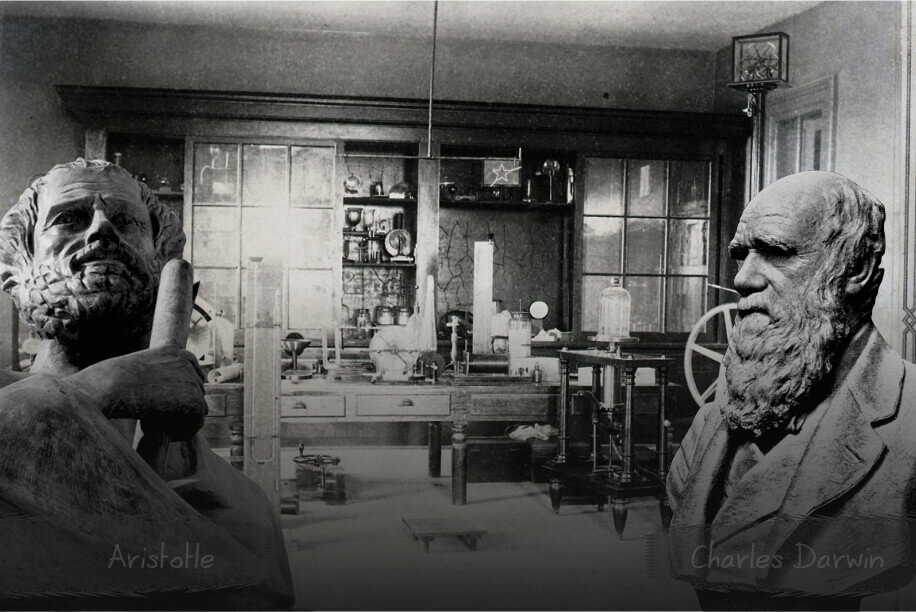 Among the many thinkers who have contributed to the field of biology, Aristotle is widely considered as the Father of Biology. On the other hand Charles Darwin is considered the Father of Modern Biology. Whereas Aristotle laid down the foundation based on which the science developed, Charles Darwin put forward theories which led to the development of biology as we know it today.

Born in the village of Stagira in North Greece in 384 BC, Aristotle was a pupil of the renowned philosopher Plato. He was mentor to Alexander the Great and helped found a university called Lyceum, before his death in 322 BC.

His early work on classification was a major contribution to the field of biology. According to him, grouping of organisms should be done on the basis of a number of characteristics and not just one. He is considered as the first person to come up with a classification that still stands. Aristotle observed and studied a broad range of plants and animals. He took note of their similarities and grouped those that were alike. Aristotle used the complexity of living things as a basis for their classification. His text ‘History of Animals’ is a landmark in the history of biology.

Charles Darwin (1809-1882) wrote the Origin of Species. The book brought forth the idea of ‘natural selection’ and explained the evolution of species. According to it, when individuals reproduce, some of their traits are better represented in the next generation. This is how species evolve and improve their chances of survival with respect to the environment and the changes that it undergoes.

Most concepts of modern biology developed in light of the evolutionary theory of Darwin.

Hence, both men were probably the greatest individual contributors to the science of biology.