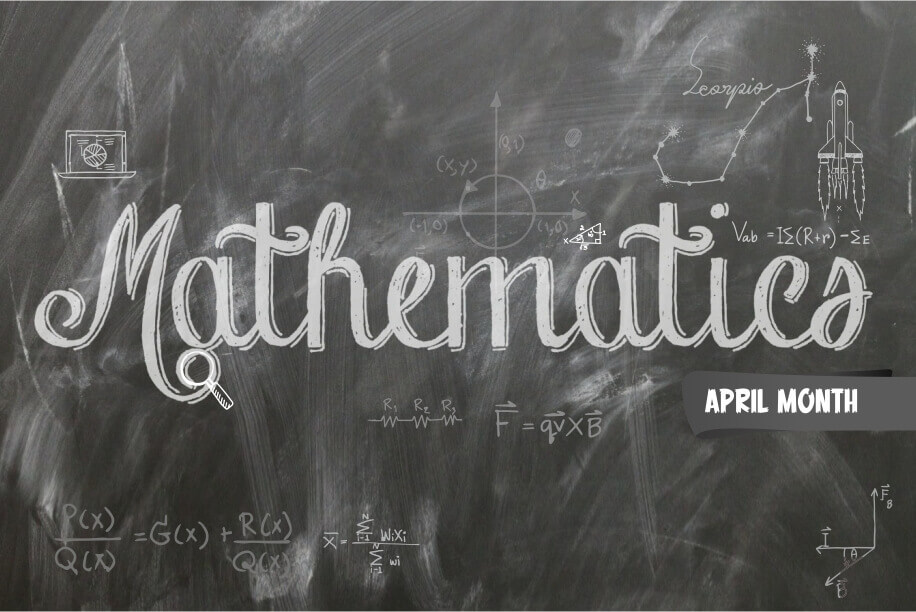 It’s April! Every year, it is celebrated as Mathematics Awareness Month (MAM) to appreciate and foster awareness of the subject. The aim is to promote the idea that maths is more than just a set of abstract concepts. MAM urges each of us to explore the patterns, mystery and the magic in maths.

“[T]he application of mathematics is indispensable in such diverse fields as medicine, computer sciences, space exploration, the skilled trades, business, defense, and government. To help encourage the study and utilization of mathematics, it is appropriate that all Americans be reminded of the importance of this basic branch of science to our daily lives.”

That year the celebration concentrated mostly on national-level activities. The purpose was to increase the visibility of mathematics as a field of study, and to educate the general masses of its importance and invite them to see the intrigue in it.

Every year, a theme is selected for MAM, around which all the month-long activities, workshops, lectures, symposia, etc., are centred. Materials based on the theme are prepared and distributed to several groups and associations involved with the celebrations. ‘The Future of Prediction’, ‘Math Drives Careers’, ‘Mathematics, Mystery and Magic’, etc., have been some of the themes of MAM over the past few years. This year, however, the JPBM decided that there would no longer be any annual theme of MAM.

We see several patterns in nature. Symmetry of various kinds are observed in the human body, and also in animals and plants. Instances of the golden ratio or phi—also known as the golden section or divine proportion—abound in the human body. The mouth and the nose are placed at golden sections of the distance between the eyes and the bottom of the chin. Even non-living things in nature, like snowflakes and crystals, exhibit symmetry. The spiral galaxies and the number of petals in a flower follow the fibonacci sequence.

MAM is a call for all of us to educate ourselves and our children about the importance of mathematics and to see the beauty of it. This does not mean that we should limit our learning and appreciation of the subject to a month; rather it should only be the beginning.