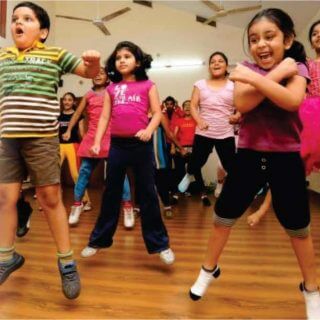 ALL WORK AND NO PLAY makes Jack a dull boy, goes an old adage. It may, after all, be true, says a group of researchers at the Vrije Universiteit University Medical Centre in Amsterdam (The Netherlands). The researchers, led by Dr. Amika Singh, conducted a study to find out whether there is any link between children’s physically activity and their performance in the classroom. According to the researchers, although more accurate and reliable measurements were needed to examine the connection in greater detail, they did find ‘strong evidence’ of a ‘significant positive relationship’ between physical activity and academic performance.

Writing in Archives of Paediatrics and Adolescent Medicine, the team has revealed that exercise may help cognition by increasing the flow of blood and oxygen to the brain. Similarly, physical activity reduces stress and improves mood. Besides, children who play any kind of sport also learn to obey the rules (of the game), which could mean that they would be more disciplined in the classroom and be able to concentrate better on lessons, according to Dr. Singh.

“We still have to find out how much exercise would be needed to get good grades, but we do feel that for health reasons, children should be active for at least an hour every day. However, we also need to find as to what kind of, time of day and duration children should do exercises,” he said.

The study was prompted by concerns that the pressure to score high marks in school was forcing children to spend more time studying, and therefore, less time doing physical activity. The team then conducted ten observational and four interventional studies involving children between 6 and 18. They conducted 12 studies in the US, one in Canada, and one in South Africa. The follow-up period was from eight weeks to more than five years.

Archives of Paediatrics and Adolescent Medicine is a monthly peer-reviewed journal for physicians and other professionals, published by the American Medical Association. Incidentally, although the spirit of the proverb cited at the beginning of this piece has existed earlier, its modern form first appeared as long ago as in 1659 in Anglo-Welsh historian and writer James Howell’s Proverbs in English, Italian, French and Spanish and in his Paroimiographia. It was later included in several collections of proverbs. Some writers even added a second part to the proverb, like Irish writer Maria Edgeworth did in her 1825 novel Harry and Lucy Concluded: “All work and no play makes Jack a dull boy, All play and no work makes Jack a mere toy.”

Physical Education Gearing Up In Schools
Next Education June 10, 2014

Physical Education Gearing Up In Schools 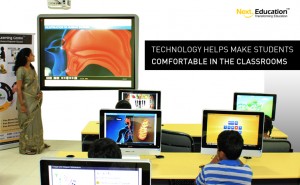