No two children with Asperger’s Syndrome are the same. The syndrome is on the spectrum of autism, so there are minute but distinct differences from case to case. This makes diagnosis challenging and misjudgement worryingly common. Early interference is the prime way to help kids function, so it is important for parents to stay informed about key pointers.Although it is a doctor’s job to detect Asperger’s Syndrome, there are a few questions on which parents can ponder:

How does my child play with other kids?

Doctors now say this is the central question while dealing with a child who may have a growing disorder. Imaginary play is typically much more difficult for kids with with the syndrome. Abstract and creative thinkings do not come naturally to them. So instead of imagining a scene, a child with Asperger’s will likely quote from movies, books, or TV shows verbatim. Parents, at times, think this tendency to be a nice rich pretend play because of the elaborate vocabulary.

Parents may misread their child’s play at home, which is not like that on the ground. They accept that if their child plays fine at home, then he must play fine with the other kids too.

Try to play with your 5-year-old just as another 5-year-old would, not as an adult. Then, just observe how things move when you change things in his or her play. You can change the colour of the building blocks abruptly or compulsive, the order of participants in a game of running. This way, you will get to test your child’s reaction to change.

It is also a good idea to bring in a new character to the scene or tell him you want to play with different toys. A child with Asperger’s will find it very difficult to adapt to change. He/she is habituated to routine and find it break down when there is a change.

The perfectionist trait is typical in Asperger’s children. Their behaviors are similar to those of Obsessive Compulsive Disorder (OCD). So, you have to be careful not to mistake this disorder to Asperger’s.

What kind of conversations does my child have?

Verbal dialogue is a key pointer. Children with Asperger’s have one-sided conversations with other children. The talk will either be controlled exclusively by the Asperger’s child, or it will end tersely. Asperger’s children are keen about their area of interest and they know the subject inside out. It could be science, cars or history. They can go on about the Ottoman Empire in great detail for about half an hour.

Asperger’s makes kids speak with intellectual vocabulary about topics. They need to work with speech therapists and experts to know how to make daily conversations.

Here, we need to know that speech delays should not be thought to be Asperger’s.

Does my child seem academically gifted?

Parents of children with Asperger’s initially think that the child is a talented whiz kid.

Having a deep interest in one area at the exclusion of other areas is one of signs of Asperger’s. Children get talkative only about their subject of interest. They have high IQ and relate to non-abstract concepts, so they excel in Science and Maths.

Can my child tolerate losing?

Many people associate violence and tantrums with Autism. However, with children with Asperger’s, most of their tantrums happen due to change. If someone is not playing by the rules in a game, or if someone disagrees with the child, he loses his temper. To escape an outburst, parents go by their child’s rules. But this doesn’t assist the kid in coping in the world out. Kids with Asperger’s may be very critical of people around. They tend to carry such habits into adulthood. So, you must get them help before it is late.

This is a basic red flag to judge both Autism and Asperger’s. Maintaining eye contact does not come naturally for kids with Asperger’s. Even gestures of communication like a nod or a smile when talking have to be developed.

They look at a plant outside the window or the ceiling while talking. They get restless and fidget like ADHD kids. However, fidgeting with Asperger’s is a result of change. The ADHD children fidget anyway.

It is important to know that though that there are children who show these traits, they do not have Asperger’s. Likewise, many children who may be on the spectrum do not display any of these qualities. This list is only meant to guide parents if and when suspect that their children have Asperger’s. In all cases, professional help is vital.

Previous Article
Team sports, a boon during formative years
Next Article
Are academic pre-schools worth it? 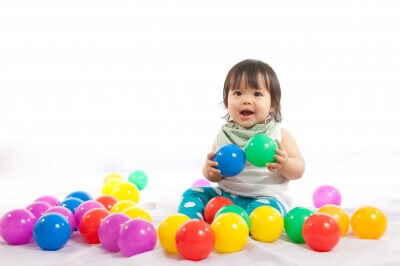 Are academic pre-schools worth it?
Dheeraj Mehrotra July 7, 2014