The Early Years: Essential for Linguistic Development in Children 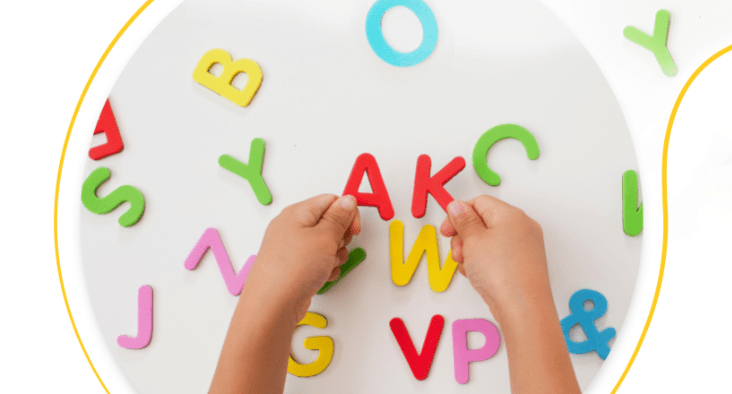 Toddlers tend to learn languages largely through observation and imitation.

Words like “curious,” “inquisitive,” and “eager to explore” have been associated with young children since the beginning of time. Young children especially are at that stage where everything about their immediate environment interests them, and they constantly want to know more about the workings of the world around them.

The first manifestation of this trait happens between the ages of 1 and 2 years, when children start paying attention to what is said to them by the people around them, usually their parents. They attempt to respond or imitate, but this usually results in cooing and gurgling sounds, laughing, and some rudimentary words. By the age of two they are able to communicate simple commands and responses that are short and uncomplicated in nature, but their speech may not be fully comprehensible yet. As they reach the age of three or four years, they are able to speak more coherently, and use slightly bigger words.

It is at this age that children are usually enrolled in pre-primary school, and their language development is no longer solely influenced by family and those they interact with in the domestic setting- it is consciously developed by their teachers, and influenced by their peers at school.

From babyhood till around the age of five (with variations depending on the speed of language acquisition), the child’s communication is a combination of verbal and non-verbal signals (for example, using a combination of gestures to aid their speech) to communicate their point with more clarity.

How do children pick up language?

Children are said to be among the world’s best imitators- they listen to and observe keenly the speech, expressions, and gestures of those around them, and attempt to copy them, whether or not they understand the meaning. The imitation that results from listening leads to the early stages to speech.

Once they enter pre-primary school, their listening and speaking skills are compounded by the teacher to teach them to read. Using a combination of pictures, references from the world around them, and simple sounds and phonics.

The story of Genie

Here’s a story of Genie. Genie was a child of the latter half of the twentieth century who was a victim of severe abuse, having spent her formative years tied up and isolated by her father, with no contact with the outside world. He forced her to live in complete silence, and forbade her mother and brother from talking to her. Everytime she made a noise of any sort, she was severely punished.

She was finally rescued. Do you know how was she after she was rescued?

She had no idea how to interact with human beings. she knew absolutely nothing about language and linguistic patterns.  But her non-verbal communication grew at a rapid rate.

She went through various cycles of hospitalisation and foster care, where attempts were made to teach her to communicate. It look relatively more time for her to learn to speak.

However, it became clear to researchers that when she was rescued. She didn’t grasp grammar and syntax easily, showing that the Nativist theory of human beings having an inbuilt linguistic ability was untrue.

Also, she never became fully fluent in any language, because she was rescued in her early teens, and began learning to speak when she was well past her initial years, which are essential when it comes to language acquisition.

This is a prime example of how important early years are for language development.

Language acquisition in children vs. adults

In childhood, language acquisition takes place in a much more organic and fast-paced way than it does in adulthood. While the speed of language acquisition in both these phases varies depending on the individual, it is clear that children (on the whole) are more receptive to learning languages than adults.

There are various causes for this. The main one is that a child’s mind is relatively untouched by the outside world, and they have a natural curiosity to know and learn more. They do not know any language when they are born, and constantly observe and imitate the speech of those around them. As a result, they pick up a collection of words and phrases, and their vocabulary and grasp of the language gradually expands as time passes. It is a natural and organic process, akin to moving to a place where one doesn’t know a word of the language, and has to learn taking cues from native speakers.

On the other hand, adults already know one (or multiple) languages learnt in childhood, and have settled comfortably into communicating in those languages. Other languages are either learnt from native speakers or through an educational course, but are essentially learnt as additions to their first language. Most of this secondary language acquisition happens with reference to the first language, making it a relatively slow and more complicated process.

As a result, it’s very important to capitalise on a child’s initial years to focus on linguistic development for optimal results.

What can we do to improve linguistic development in children?

As pre-primary teachers, a large extent of the child’s linguistic development is our responsibility.

As an add-on to the quick and curious nature of children that helps them to pick up languages quickly, we as teachers can aid their linguistic development using various techniques.

Here are some suggestions on how to make teaching the nuances of a language to young children in a  fun and interesting way.

By using games such as Pictionary, Scrabble, Picture Search, Mazes etc we can make the process of language acquisition fun and interesting, giving children an added boost to identify words to pictures, and pick up languages quickly and easily.

Let’s look at a few samples.

This helps students learn to pronounce words correctly, and the teacher can explain the meaning of words and sentences that are difficult to grasp. When reading aloud becomes increasingly fluent, so does speaking. This exercise also enhances the child’s vocabulary.

Word games like crosswords, word searches,  Spell bee, etc. encourage children to use their vocabulary and learn more words in a fun setting. It also encourages them to talk about the pictures they see and arrive at their own conclusions, thus improving their word association.

Simple templates can be developed and used in the classroom, keeping up the interest of the children and making the teacher’s task an enjoyable experience.

Other games to ease linguistic development in toddlers:

Spell bee- not only does it put the child’s vocabulary to use, it also eases the transition into writing

Language is an essential facet of human life. We need it to communicate basic needs, for carrying out various daily transactions, and to make our way through the world. Language can be said to be the psychological currency which we use to form connections, get things done, communicate our needs, and pursue our goals. It is also one of the most commonly used tools for self-expression, through avenues like writing, singing, acting, etc. For all these reasons, learning languages properly in the formative, ie, pre-primary stage is vital. Making it a fun and associative experience will benefit both the students and teachers greatly, and make language acquisition a quick and dynamic process.