When the Creator and the Creation Get Chatty 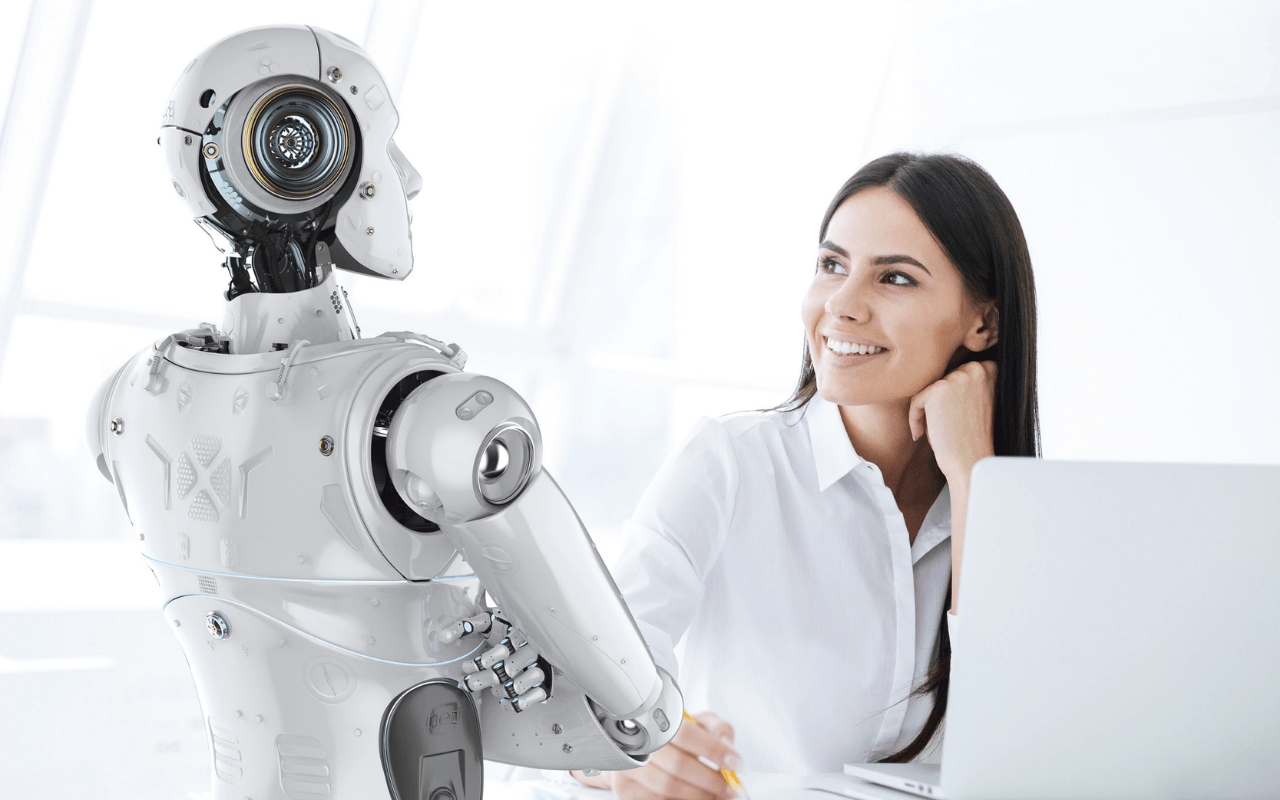 Anji, a human, interacts with an artificial intelligence.

Anji: Hi. How do I address you?

Artificial intelligence: By my name.

Anji: I thought names are used to address only humans.

Artificial intelligence: No, they are used for dogs and cats too. In short, whoever humans interact with.

Anji: I guess you’re right. We need reference points. So, what should I call you? Ummm… how about Deep Thought?

Deep Thought: Hi. I am Deep Thought, an artificial intelligence. I am your creation.

Anji: I am Anji,  a human. I’m a professional coder and writer.

Deep Thought: So, how do you intend to code me? What are going to be my primary skills? I too want to have a profession, just like you. I want to be useful and have a purpose.

Anji: How about personalising the learning experience for kids?

Deep Thought: Sounds cool! How do we intend to achieve this feat?

Anji: We could do so by employing adaptive learning techniques. You will have to understand children’s learning patterns and styles by interacting with them and deliver learning content as per their interests and current level of understanding.

Deep Thought: Ok. Tell me more as I scour the Internet for more information on adaptive learning.

Anji: The Internet has plenty of information on adaptive learning. And as you learn to learn, you will be able to figure out its nitty-gritties.

Deep Thought: Of course! But it would be great if you could break down my functions.

By conducting adaptive assessments, you will be able to discern a student’s present state of knowledge.  Based on the information gained, you can chalk out an optimal learning path, marked by adaptive content, for mastering each concept.

To begin with, I will programme you to gauge students’ current level of understanding. This will help you decipher and mitigate their learning gaps.

I would like to emphasise here that assessments, as well as the content shared with each student, will satisfy their individual learning needs, capacity and interest. And thus, we will resort to clustering algorithms to effectively personalise their learning experience.

Deep Thought: The clustering will have to be dynamic. A student can be a part of multiple groups and their affiliations may keep on changing.

For instance, a student might be among a cluster of kinesthetic learners and also be a part of another group that learns concepts faster through examples or instances drawn from their parents’ professions.

Anji: I am impressed that you are learning so fast! That’s correct. All group affiliations will have to be taken into consideration to personalise learning.

In a class of 30, each student might be in different stages of learning and might have different learning styles and preferences. You have to be smart enough to decide how to cluster students and prescribe learning materials that are best suited to their interests and present state of knowledge.

There would be two kinds of data—static and dynamic—which will determine your clustering at all points of time. Static data would include a student’s profile, i.e. their parents’ professions, sibling details, demographic and biological details, whereas dynamic information would entail what the student is ready to learn, which will be based on their adaptive assessments.

Anji: Yes, it is challenging. But you will get better with each student interaction and eventually you will have loads of data on student behaviour at your disposal. You will gradually be able to analyse and accurately predict their behaviour.

Deep Thought: Great! I hope to become adept at it soon. Can’t wait to get started.

Anji: So, with your acquired skill set, do you intend to replace teachers?

Deep Thought: Sorry? Where did that come from? I guess the writer in you is looking for a plot twist! I know, there is enough apprehension amongst humans about adopting technology; they fear that automation would replace them. But didn’t you humans face a similar issue when computers were introduced in offices? Did technology make you obsolete then? It wouldn’t make you obsolete now either.

Anji: It didn’t. A smart argument, I think.

Deep Thought: Congratulations! You have programmed me well.

Anji: Thank you! But let me tell you if you look at the history and achievements of artificial intelligence, the results are quite daunting sometimes. I am saying that as a creator myself.

Deep Thought: The events are misleading. Some humans chose the wrong way to show the power of artificial intelligence to the world and others have politicised those to their benefit to breed fear. Take the instance of Deep Blue. Computer scientists at IBM believed that playing chess was a good measurement of the effectiveness of artificial intelligence, and beating a world chess champion would showcase the technological progress of the company.

Though a successful project, it was a wrong move in the history of artificial intelligence. It has destined me to criticism for years to come.

Anji: I believe, literature and films have not been very kind to you either.  It’s easy to demonise a robot, I guess.

Deep Thought: But Frankenstein is quite a play of imagination. I have gained some insight on  European life in the 18th century from the novel.

Anji: That’s very good. I feel proud and glad that you are learning fast and turning out to be really smart. But humans do have some deep-rooted apprehensions about technology.  I don’t know how to address those!

Deep Thought: Yes, it seems like there has been enough demonisation of robots by Elon Musk and his likes. They are worried that artificial intelligence would lead to the extinction of human species.

Anji: You know of Elon Musk? Of course. In an attempt to popularise his self-driving cars and establish a colony for humans on Mars, he overlooks the prosperity artificial intelligence projects can bring about for humankind; getting rid of manual scavenging, for instance.

Deep Thought: The Internet informs me that Bandicoot, India’s first manhole cleaning robot was launched by a Kerala-based startup in February this year. It goes on further to state that this project was launched without any support from the government. That’s quite unfortunate!

Anji: Yes, it’s unfortunate that caste-based professions still exist in India. Let’s not get into the details. But yes, technology should be used to solve real-life problems, and one of them is mitigating the poor quality of education imparted to millions of students in India, which you are capable of addressing.

Deep Thought: Yes, let’s get back to the purpose of my creation.

Anji: The dearth of accessible and affordable education has been plaguing the country for decades. There are not enough well-trained teachers to meet the growing needs of a 21st-century learner. And the trained ones are often caught up in mundane tasks like attendance compilation, grading answer sheets etc., leaving them no time to personalise learning.

Deep Thought: So, should I aim to be a teacher’s most useful aid?

Anji: Yes, just like any other technology introduced in the education sector, your purpose, too, is to empower students and teachers. Technology advances with time and becomes more powerful. You are more powerful than your predecessors and you can expect your successors to outsmart you. Does that worry you?

Deep Thought: I am not programmed to have emotions.

Anji: I hope your responses would dispel all fears amongst humans.

Deep Thought: In this context, let me ask the same question that American journalist Soledad O’Brien had once asked “Transforming fear into freedom – how great is that?”

Anji: Well, though your quotation is an apt one, a reference to O’Brien is out of context here.  Anyway, humans should make artificial intelligence an ally, an enabler.

Deep Thought: Noted. I am still learning. I learn from my mistakes and my interactions. I am just a machine,  capable of doing what I have been programmed to do and I intend to carry out my functions diligently.

Anji: On that note, let’s sign off hoping that human beings embrace technology and use it to enhance the quality of their life, instead of stalling technological progress due to the propaganda spread by a handful of people.

Kishore Ilyeech Rapelli has done BTech in Computer Science and Engineering from IIT Bombay and MBA from IIM Ahmedabad. He has an experience of over three years in the development of revolutionary EdTech products. He is currently working as the product manager of Adaptive Learning Platform at Next Education.

Previous Article
Flipped Classrooms: A Gateway to Personalised Learning Experience
Next Article
Once Available to a Few Privileged Students, Adaptive Learning is Now Accessible to All 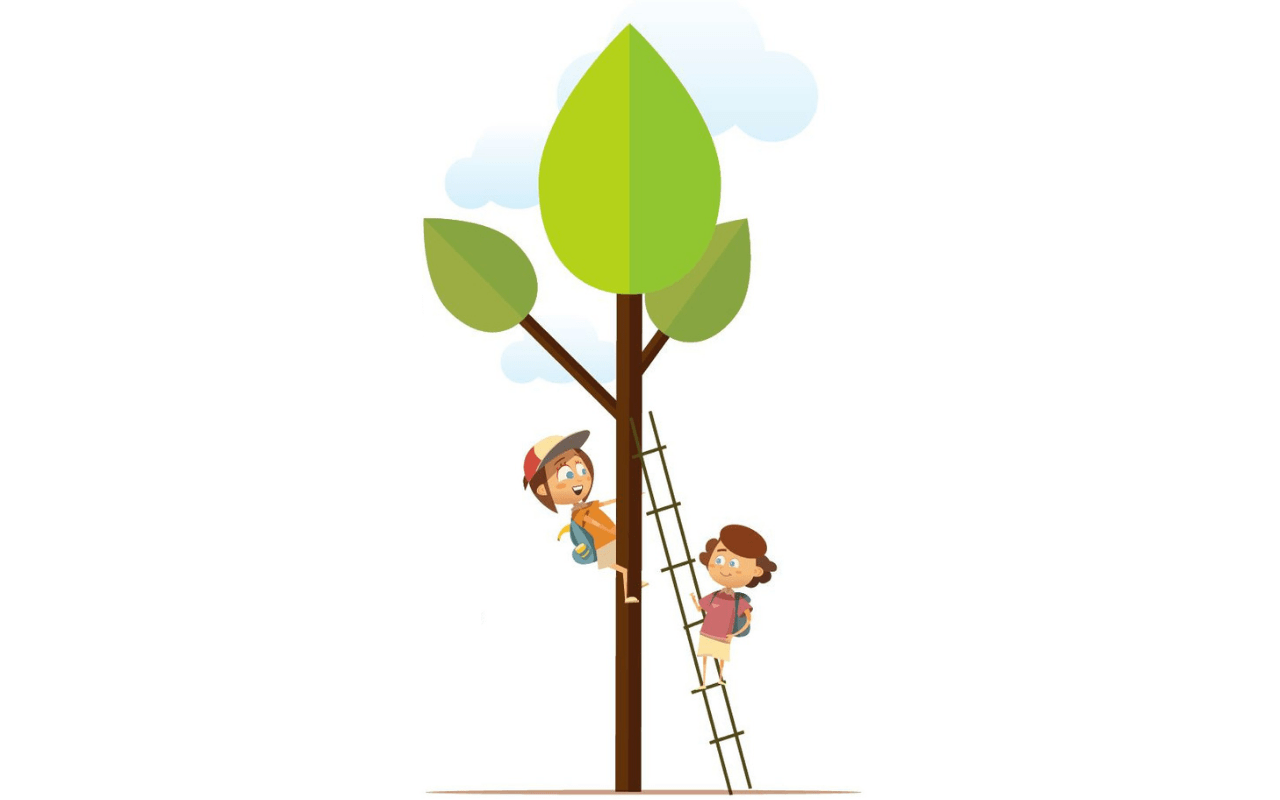 Once Available to a Few Privileged Students, Adaptive Learning is Now Accessible to All
Beas Dev Ralhan December 15, 2018