Why Most Indian Children are Bilingual 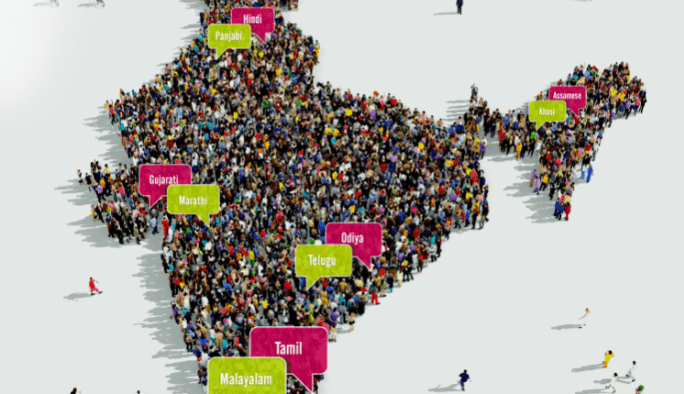 Here’s why it’s rare to find an Indian child who knows only one language, and how to maximise fluency in both (or all) of them.

India has a very interesting linguistic fabric comprising regional languages and English (owing to over 200 years of British colonisation). Despite being divided into various states, each with their own linguistic history and identity, the English language, and to a large extent, Hindi also exist side-by-side, serving as bridges of communication between people speaking different languages.

In most Indian households, children grow up learning at least two languages, i.e., their mother tongue along with English or Hindi. English is an integral part of the Indian school system as it is considered a global language.

How do children pick up multiple languages?

Most Indian parents speak to their children in their mother tongue when they are babies while cuddling them to make them feel loved. In such instances where profound emotions are involved, it is instinctive to speak in one’s native language, and as a result, words and phrases from this language are the first to be registered in a child’s memory. Some families from more urbane backgrounds tend to substitute the native language with English.

Secondly, when children interact with people outside their immediate family such as neighbours, domestic help, or playmates, all of whom may not speak the same language, they end up speaking a common language, which may be Hindi or English.

In many cases, parents introduce  English to their young children to familiarise them with the language, so that they won’t be at a loss or struggling to grasp the medium of instruction when they join school.

Research has shown that children pick up languages best from birth to their toddler years. During this time, they absorb words and languages spoken at home and in school with equal efficiency, as they do not yet have one set of language with a fully developed vocabulary to fall back on. They also do not yet have a defined preference for a single language, unlike adults or older children. This, coupled with their curious and inquisitive nature and eagerness to know about everything happening around them, leads them to pick up languages quickly and easily. This organic absorption helps them learn multiple languages with ease and without bias.

Reasons for growing up bi- or multilingual

Even though it is very common to see Indian children growing up knowing at least two or three languages, this is not really coincidental. A few deep-rooted societal reasons that encourage them to learn multiple languages from an early age are given below.

Knowing English provides better educational and career opportunities; tackle day-to-day interactions no matter which part of India they are living in

Knowing one’s mother tongue, irrespective of which part of the country one lives in, is a sign of respect for one’s heritage, and shows that one is still in touch with one’s roots.

As a result, by the age of five, most Indian children know at least two or three languages, and these end up being the tongues they display maximum fluency throughout their lives.

How to achieve optimal fluency in all languages

The best way to help children achieve maximum fluency in all the languages they speak is by encouraging them to give all the languages equal importance. This way, they understand not to depend more on one language and they develop the tendency to use them equally.

Another way to reinforce fluency in various languages in children is to encourage them to think in those languages. Being able to think in a particular language automatically translates into a better articulation of the same. Encouraging children to do this with all the languages they know ensures that their fluency improves considerably.

In this manner, parents and pre-primary teachers can provide that little extra push needed to make children fluent in multiple languages right from an early age.

Sub-editor, The Next World Samyuktha has completed her masters in English literature and is a published author. She is passionate about writing and aims to pursue her PhD in literature too. Gender studies and new languages are some of her areas of interest.